Jay Z and Kanye West were also onhand, reforming 'The Throne' for an Instagram shot 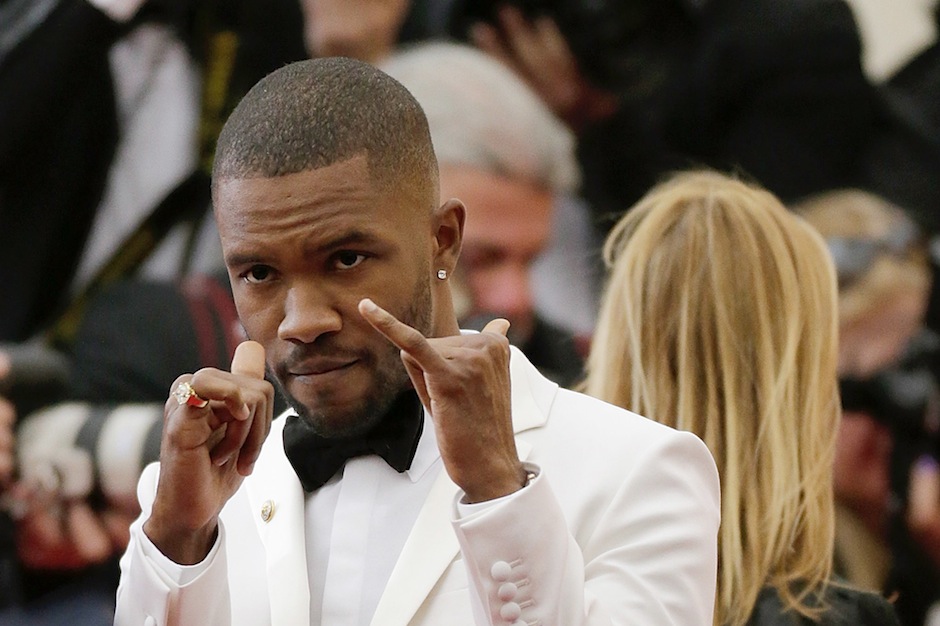 Frank Ocean has returned to the stage. The R&B boundary-pusher has been beefing with burrito makers, dunking with Diplo and two members of the Clash, and battling off Inception-like copyright lawsuits — when not going space doo-wop for Beyoncé’s Beyoncé — but he hadn’t played live since last November’s Odd Future Carnival. Until last night, that is, when he ended his six-month break from concerts at the annual Met Ball in New York.

Unlike Kanye West at least year’s Met Gala, Ocean didn’t debut any new material, though he said way back in February 2013 that he was “10, 11 songs into” his follow-up to 2012’s channel ORANGE. The Los Angeles-based singer did, however, perform “Super Rich Kids” from SPIN’s 2012 Album of the Year, along with his Django Unchained soundtrack outtake “Wiseman.” Clips of those performances are below.

Ocean will perform live again this summer when he takes the stage at both the Bonnaroo and Pemberton music festivals. He canceled dates last summer due to a torn vocal cord, so there’s all the more reason to celebrate him getting back into action.

Speaking of West, he and Jay Z were present for the evening’s proceedings and took time for a Watch the Throne reunion on Kim Kardashian’s Instagram page. Scroll down for that photo, and check out the Yeezus mastermind’s smile. It’s almost enough to offset the whole Sad Kanye meme.