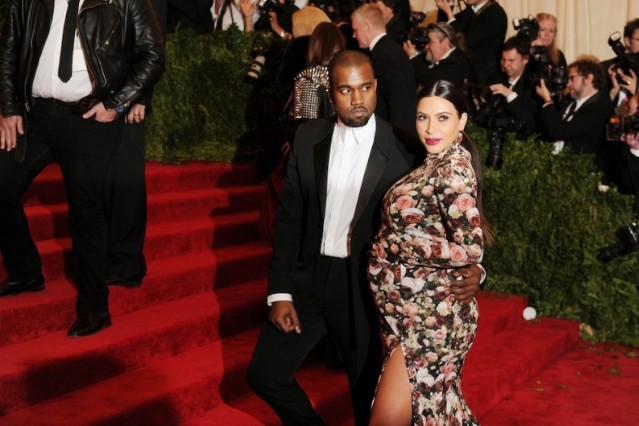 Last week, SPIN reported on what is known for certain about Kanye West’s next album. It’s not very much, though the album has been described as “dark,” all indications are it will include something likening West to a god, and Daft Punk have definitely been involved. Last night at the Met’s “Punk: Chaos to Couture” gala in New York City (see photos from the exhibit here), West debuted a new work that ticks off some of those boxes.

As you can see below, West performed a song that involved him declaring, “I am a god,” and then screaming. (Daft Punk’s Thomas Bangalter said to Rolling Stone of their collaboration with West, “It was very raw: He was rapping — kind of screaming primally, actually.”) According to the Vine account of model Coco Rocha, West also spoke lovingly of his girlfriend, Kim Kardashian; Kardashian posted a photo of West from the event on Instagram with the caption, “Baby you’re AWESOME.” Lyrics are tough to make out from the seven-second Vine clips (and YouTube rips) emerging so far, but we’re sure this won’t be the last we hear of West’s new song.

In fact, West is set to visit Saturday Night Live as the musical guest on May 18. As SPIN has reported, West has signaled he will do… something on June 18. And during recording in Hawaii, he has reportedly hosted not just Daft Punk, but also Skrillex, 2 Chainz, The-Dream, Azealia Banks, and assorted Chicago drill stars. He could be forgiven for feeling all-powerful lately.