'channel ORANGE' singer drops out of the Osheaga and OVO festivals 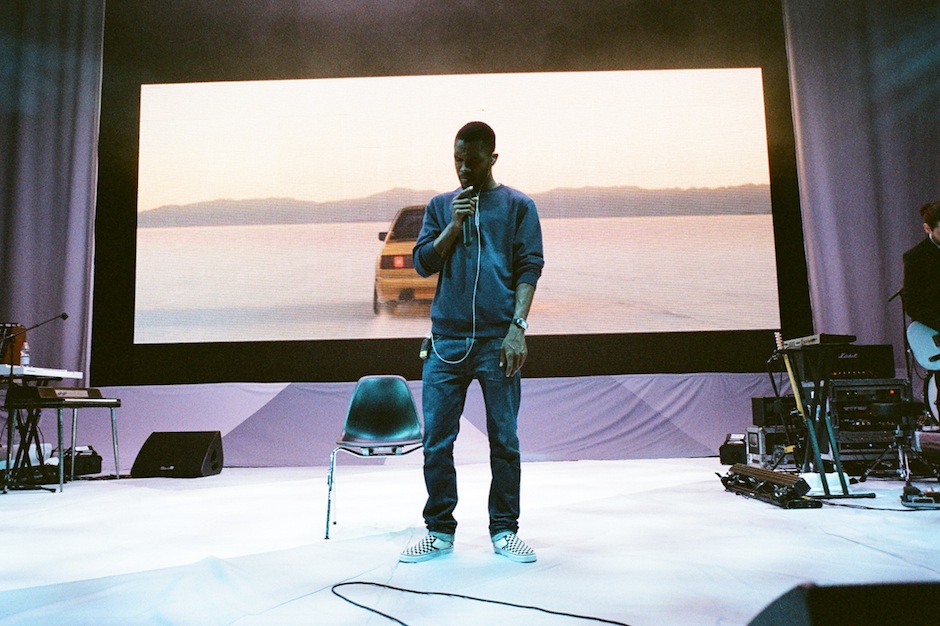 “Just flesh and blood exists,” Frank Ocean sings on his sublime Django Unchained outtake “Wiseman,” which was recently compiled on a vinyl bootleg. It’s a powerful, humanist message, but unfortunately the flesh is weak.

Last week, Live Nation said Ocean would have to cancel the rest of his Australian tour dates due to a “small tear to one of his vocal cords.” We noted at the time that the channel ORANGE singer’s throat problem raised questions about whether he would be able to perform at Montreal’s Osheaga Festival on August 3 and at Toronto’s OVO Festival on August 4. A Live Nation rep didn’t respond to an email, but now it’s official: Ocean’s vocal cord injury will keep him from performing in Canada this week.

Osheaga is looking for someone to replace Ocean on the bill, according to a statement on the three-night Montreal fest’s Facebook page. “We regret to announce that Frank Ocean will not be able to perform at Osheaga,” the statement says. “Since we heard about his condition, we’ve been working extremely hard to find a replacement that will please a majority of you. We will keep you posted as we have more news. Thank you for your understanding.”

Ocean was also scheduled to share a bill with James Blake at Drake’s two-night October’s Very Own festival. Due to Ocean’s throat injury, the first night of OVO Fest is now canceled, Live Nation announced in a Facebook statement. Blake will be added to the bill for OOVO’s second night, on August 5, and refunds for the first night will be offered.

It may be a while before we hear Ocean perform his Chris Brown-dissing “Versace” remix lyrics with his own voice, but least there’s live video of new Ocean songs to hold his public over until he recovers. channel ORANGE’s lyrics are filled with place names; Montreal and Toronto are two where Ocean sadly won’t be singing anytime soon.