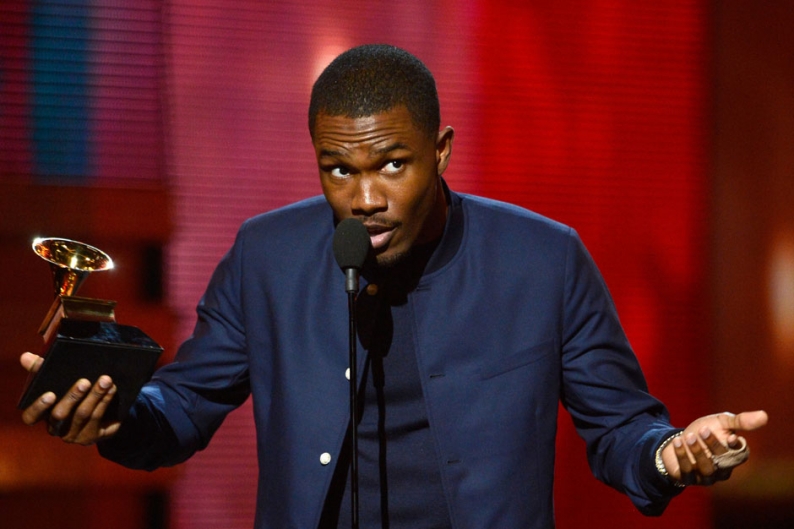 Frank Ocean is about “10, 11 songs” into his next album, the Grammy winning PBR&B star revealed during an interview with BBC Radio 1’s Zane Lowe today (February 19).

“I’m 10, 11 songs into this next thing,” Ocean said of his sequel to last year’s landmark channel ORANGE, which SPIN dubbed 2012’s Album of the Year. “It’s another cohesive thing, bordering on a concept record again.”

The 25-year-old singer didn’t share many other details on his next full-length, but did say that he’s planning to work on the upcoming LP for a few weeks in Bora Bora and that he’d like to carry over the “beach theme” of ORANGE hidden track “Golden Girl” onto the project. As for collaborators, Ocean said he’s planning to meet up with Danger Mouse once he’s back in the U.S., and would also love to get some studio time with the U.K.’s very own King Krule, whom he described as having a “special voice.”

Ocean also confirmed that he was just in the studio yesterday (February 18) with Pharrell Williams, who insisted that Ocean embark on a two-year tour in support of the gold-certified channel ORANGE. That won’t happen, though. “I can’t tour for two years straight because I have to record,” Ocean said, before teasing plans to play some live shows later this year. “I plan on getting out [on tour] this summer,” he said.

Other tidbits unearthed from Ocean’s first-ever live radio interview: His favorite color is estoril blue (“It’s a BMW color,” he explained), he’s a fan of Breaking Bad and Game of Thrones (but hasn’t ever seen an entire episode of Friends or Seinfeld), and Tyler, the Creator turned him on to Aussie psych-rockers Tame Impala (“It’s wicked,” Ocean said. “They’re great.”). Ocean also admitted that “inexperience” has been the hardest obstacle of his career so far, but the New Orleans soul man doesn’t let that get in the way of his ambition. As he told the BBC, “I’ll try to be the best anything.”