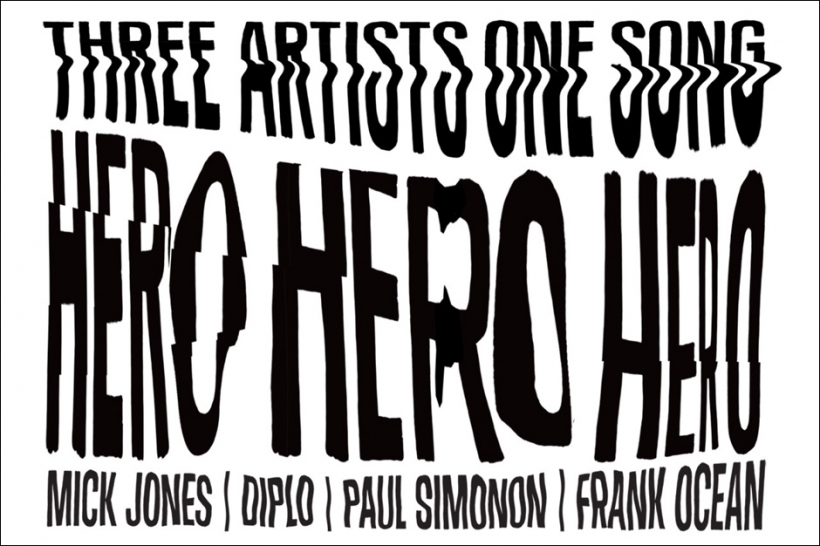 Save a spot on your March Madness bracket for whatever team has Frank Ocean. The channel ORANGE singer, who has been quiet lately aside from a guest spot on Beyoncé’s Beyoncé, has joined with uber-producer Diplo and punk legends Mick Jones and Paul Simonon of the Clash for the latest entry in Converse’s “Three Artists One Song” series (don’t sweat the arithmetic). And on “Hero,” a sun-baked underwater waltz that’s part Sam Cooke and part Diplo’s Clash-sampling mixtape with Santigold — plus a children’s chorus singing about jumping — Ocean sings that he can dunk. It’s a bit ironic this track arrives as Frank Ocean is facing a lawsuit from Chipotle (per The Hollywood Reporter) for allegedly backing out of an ad campaign once he saw the company’s logo attached to it, but the music holds up with other tracks in this series. For the sake of Ocean’s legal bills, though, let’s hope it doesn’t include a sample of a sample of a sample.