Home » Lists » Making the Brand: The 40 Greatest Band Names of All Time » Page 7 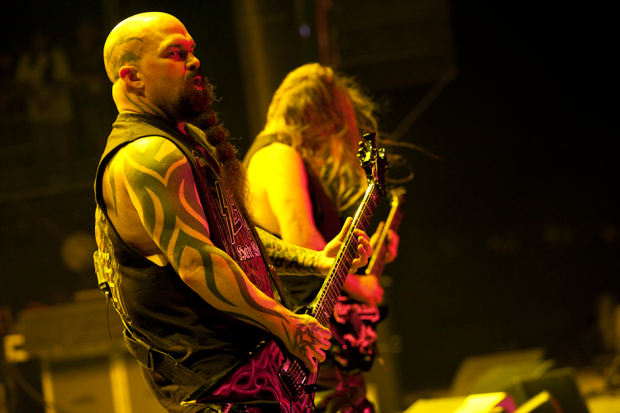 10 Slayer
Known Origins: Don’t believe the long-standing myth that they shortened the name of the Disney fantasy flick Dragonslayer: ‘Slayer’ simply was born from the vivid, bloodthirsty imaginations of bored teenagers.

Why It’s Great: It’s just 18 short, violent strokes completely devoid of the pesky, intrusive curves of Os or Gs: the perfect band name to spray paint on a retirement home or razor-blade into your forearm. A stroke of metallurgical genius, it turns the wildly vivid verb “slay” into an unexpected agent noun. If slaying is an occupation, business has been very good. (I, P, JNSQ, VA)

From the Band: “With a lengthy career like we’ve had, I think when it is all said and done, it’s as good as they come,” says guitarist Kerry King. “It definitely kept the girls away in the beginning. A buddy of mine sent me a photo of himself standing under it, in Jerusalem, in the church of the tomb of Jesus Christ. Seems to be paint, but I’m not sure. Made me feel awesome!” C.W.

9 AC/DC
Known Origins: Guitarists Malcolm and Angus Young’s sister-in-law Sandra reportedly came up with the name when she saw the abbreviation for “Alternating Current” and “Direct Current” on the back of a household appliance. Little did the fledgling Aussie rockers know that AC/DC was also Down Under slang for “bisexual,” which led to a bunch of early bookings in gay bars.

Why It’s Great: Do all AC/DC songs have four chords because the band has four letters in its name, or is it the other way around? That’s an emu-or-the-egg question, but in addition to its beautifully indicative bluntness — and the fact it’s the most euphonious band name ever — AC/DC provided the Young brothers with a career’s worth of related electrical iconography, from its lightning bolt logo to the Powerage, High Voltage, and Flick of the Switch album titles. Fellow Australians sometimes call the band “Akka Dakka,” which is just adorable. (VA, WP, P, JNSQ) D.M. 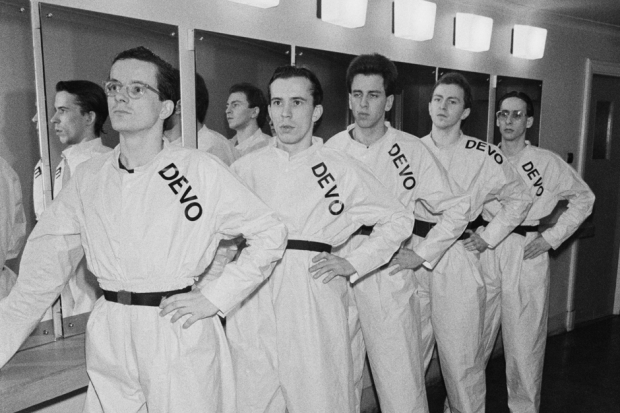 8 Devo
Known Origins: Bandmates Gerald Casale and Mark Mothersbaugh met in the early ’70s at Kent State University. While there, they discovered a theory that God created man using apes (see their lyrics to “Jocko Homo”) and that mankind was devolving back to its primordial state. So they shortened the word “de-evolution” to create the moniker for their new-wave band (originally known as Sextet Devo) and wore it as a badge, literally, on their yellow hazard-removal jumpsuits.

Why It’s Great: It’s short and postmodern, two qualities it shares with the group’s rigid, retro-futuristic music. It also has a catchy, almost cute, brand-like quality about it, which also jibed with their commentary. The Walt Disney Company noticed the branding possibilities and, in collaboration with the band, released a CD and DVD in 2006 of child actors singing homogenized versions of Devo tunes, using the name DEV2.0. Bassist-vocalist Casale says he’s never had any second thoughts about naming the group Devo, though he jokes, “Maybe we should have named it SexDevo.” (P, T, I, VA, WP)

From the Band: “De-evolution is real,” Casale says. “Our name means more now than ever before. The most trouble it gave us in the past, though, was when we were attacked by Creationists who didn’t understand that ‘Devo’ bridges the gap between them and evolution theory. The most unusual place I’ve ever seen the name, though, is on [Tool frontman] Maynard Keenan’s son’s birth certificate.” Devo H. Keenan was born in 1995. K.G. 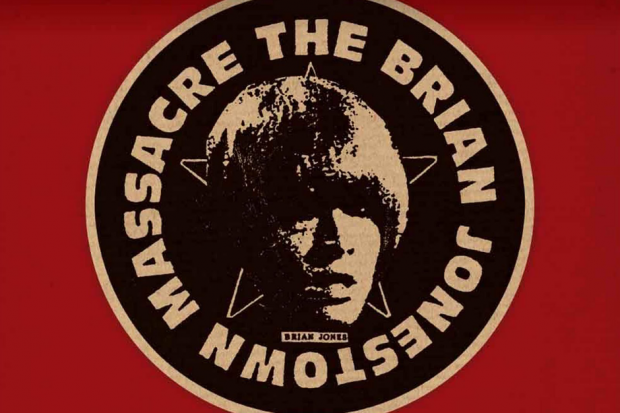 7 Brian Jonestown Massacre
Known Origins: Legendarily mercurial frontman Anton Newcombe’s explanations for his band’s name are typically hard to pin down, ranging from “We were all eating a lot of LSD and it seemed like a good idea” to the eminently reasonable “Led Zeppelin was taken.”

Why It’s Great: Combining a 1969 rock’n’roll tragedy with a 1978 religious-cult tragedy nailed the band’s particular sense of darkly nostalgic cultishness, ultimately resulting in the hands-down best example of the har har celebrity portmanteau name trend that ran wild in the ’90s. Newcombe beat the likes of John Cougar Concentration Camp and REO Speedealer and Deathray Davies to a punch that only needed to be thrown once. (WP,T, I, JNSQ, P) D.M. 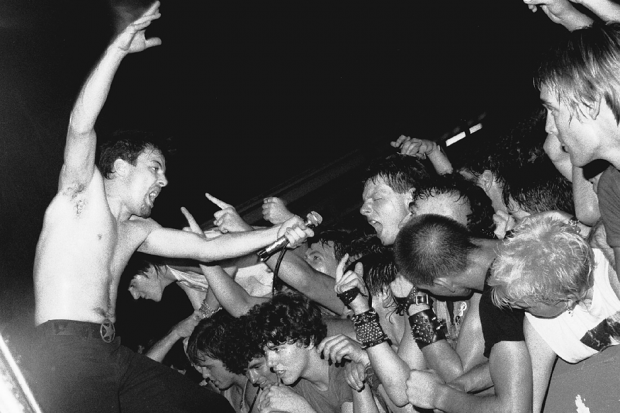 6 Dead Kennedys
Known Origins: Two different people at a party — a friend named Richard Stott and the Mysterians drummer Mark Bliesener — approached DK frontman Jello Biafra with what the latter called “the greatest band name no one could ever use.” There’s still conflicts over who slipped it to Biafra first: Bleisener says it was inspired by “Ted Kennedy,” a teddy bear owned by his girlfriend; Stott confessed to Biafra that he nicked it from an earlier band from Cleveland with the same name. Either way, the wildly provocative moniker succinctly represented the savage gutting of the American dream. Says Biafra, “The deeper meaning came quickly as we had to justify the name. Keep in mind, this was the ’70s. It was when all the cool things of the ’60s were co-opted, stale, sold back to people; when people went from antiwar hippies to hanging-plant yuppies. What made people so apathetic and greedy and dispassionate? What really got the ball rolling was the Kennedy killings and the murder of Martin Luther King. The feeling that you as a citizen cannot stand up and change anything anymore.”

Why It’s Great: The name not only played perfectly into hardcore’s neverending quest to push the buttons of buttoned-up suburban squares, but maintained an intense political feel that you wouldn’t get from a name like “the Meatshits.” It prevented the band from booking shows in Boston and New York for a while — and Biafra even had the pleasure of saying it in a court of law on more than one occasion. (T, P, I, WP, JNSQ)

From the Band: “I’d always been a strong believer in the value of shock value,” says Biafra. “When it came time to name our band, the first one I proposed was Thalidomide, but nobody else in the band liked that one. The second one that came out of my mouth was Dead Kennedys and immediately they recoiled even more. I could tell it struck a nerve. East Bay Ray said, ‘Record companies will never sign us with a name like that.’ I thought, yeah, mission accomplished. There were major labels sniffing around the underground in ’78 and ’79. There was more than one major-label flunkie who told me to my face, ‘You can have all the artistic control you want, as long as you change your name.’ We had no interest in putting on any brown lipstick for clowns like that. The first time we came to New York in 1979, CBGB wouldn’t book us because of the name. That didn’t stop them from calling Klaus [Flouride, bassist] years later demanding we fly out and play a benefit for them….I think it affected [the band] in nothing but positive ways. The name was so notorious that people were curious about it from the moment we set foot onstage. So many people told me over the years they were blundering in their record store in their small or remote town looking for anything that was an antidote to MTV and bad radio and stumbled across something with that name. ‘Oh, I know, I’ll take this home.’ And their lives were never the same.” C.W.