Home » Lists » Making the Brand: The 40 Greatest Band Names of All Time » Page 5

20 The 13th Floor Elevators
Known Origins: In olden times, garage bands just picked ordinary plural nouns for names. So when former members of the Spades and the Lingsmen joined forces in Austin in 1965, drummer John Ike Walton suggested “the Elevators.” Clementine Hall, the wife of lyricist/electric jug player Tommy Hall, and the band’s surrogate mother figure, added “13th Floor,” riffing off the superstitious building owners’ practice of not assigning that unlucky number — a perfectly spooky touch for the ominous night-trippers.

Why It’s Great: The Elevators’ name taught bands that hinting at some arcane supernatural knowledge could spook both nervous squares (“What’re they, Satan-worshippers or something?”) and enrapture stoned kids (“They’re talking about elevators to nowhere, man — or maybe to an another plane of existence entirely!”) Some fans also have noted that the 13th letter is M, the first letter in “marijuana” — further proof of the endless, obsessive theorizing that the right band name and the right substance can generate. (P, I, WP) K.H.

19 Throbbing Gristle
Known Origins: If you don’t have your urban dick-tionary handy, member Cosey Fanni Tutti broke it down matter-of-factly in a 1978 interview: “Throbbing Gristle is Yorkshire slang for an erection.” When asked why they chose that as a name, Genesis P-Orridge replied, “Because it was daft.”

Why It’s Great: Evocative and provocative, it’s Chaucer-level as far as wiener jokes go. And the idea of Throbbing Gristle really couldn’t be more appropriate for a formless, pulsating primal noise that equates the throbbing of sex with the throbbing of the headaches that often thwart it. P-Orridge especially relished how writers would over-intellectualize the band, yet be forced to pop his boner into their prose, turning their highfalutin arguments instantly absurd. (P, I, T) C.W. 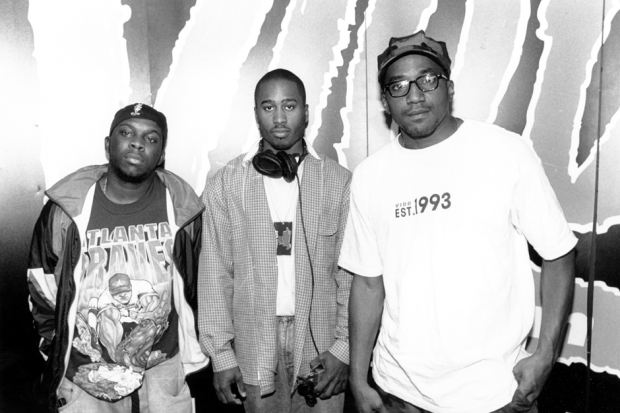 Why It’s Great: Because the most cerebral, arty, gracefully pretentious hip-hop crew of the ’90s needed a cerebral, arty, gracefully pretentious name to match. It’s like they’re an emo band. The “Tribe” part solidified their indelible camaraderie in a time when mainstream rap crews were becoming passé; “Quest” hints at their Cross Colours-style granola utopianism without overdoing it. And the whole thing folds up into an intangibly pleasing, elegantly cumbersome acronym (ATCQ). And certainly we can agree that Q is the most satisfying acronym letter, no? (JNSQ, I, P) R.H. 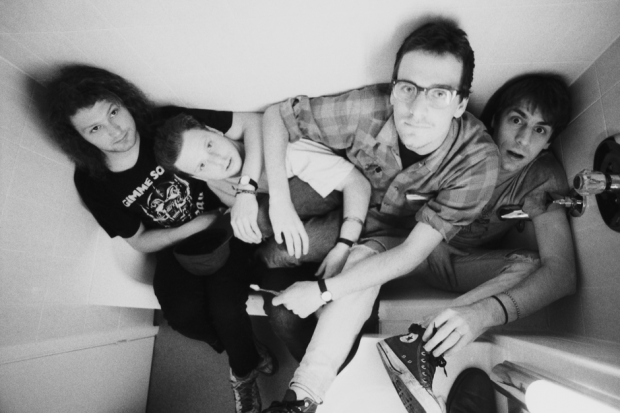 17 Mudhoney
Known Origins: Between 1978 and 1987, Mark Arm and Steve Turner passed through a series of rock bands with more or less unfortunate names — Mr. Epp and the Calculations, Limp Richerds, Green River (the last shared with a Washington serial killer who was still at large) — before settling on the title of a mid-’60s exploitation flick (which they hadn’t seen), directed by boobmeister Russ Meyer. As Arm put it, “There’s at least something to like about all of his movies.”

Why It’s Great: “Mudhoney” exemplified the spirit of late-’80s Seattle: sticky and earthy, overtly sexual right down to its double uh sound, a crate-digging reference to the trash culture of the past, with invisible ironizing quotation marks around it. (I, P, JNSQ)

From the Band:: “Besides sounding kind of sleazy, it had a late-’60s hippie kind of feel to it — like muddy hippies,” says guitarist Steve Turner. “My argument against it is that Faster Pussycat named themselves after a Russ Meyer movie too, you know? But we’ve been around so long that whatever the name ‘Mudhoney’ evoked, it no longer does that anyway — it evokes us at this point. D.W. 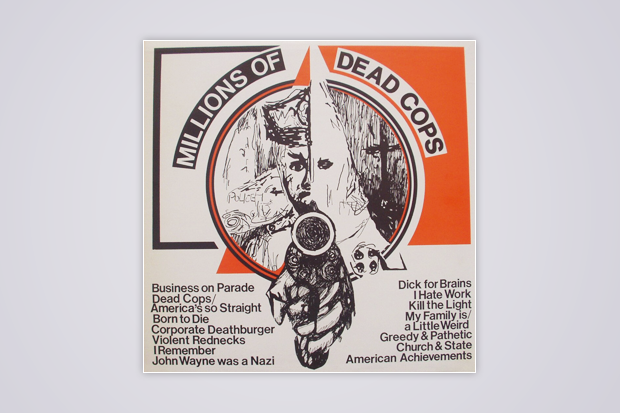 16 Millions of Dead Cops
Known Origins: Originally known as the Stains, the hardcore group played a 1981 gig with Black Flag, where they saw policemen brutalizing teenagers who were simply trying to cross the street. “We started saying, ‘These guys don’t care. They’re here to kill you,'” frontman Dave Dictor recalls. “Then a friend of ours, the bass player of a band called the Dicks, said, ‘How about calling yourselves Millions of Dead Cops?'” The band did just that. They would constantly redefine and revise their acronym to mean Millions of Damn Christians, Multi-Death Corporation, Millions of Dead Children, and more.

Why It’s Great: A decade before “Cop Killer” inspired Dan Quayle to wag his finger at Ice-T, MDC were using shock tactics to inspire people to question authority. And no matter which side of the coin you fall on politically, you’ve got to hand it to the bandmembers for having the stones to open themselves up to three decades of intense constabulary scrutiny. (T, P, I, VA)

From the Band: “We’ve gotten under-the-breath, unofficial threats to our lives because of our name,” Dictor says. “Two different times in my life, two different cops — one in Houston, Texas, and one in Ottawa, Canada — took one of our buttons and said, ‘Millions of Dead Cops? One day we’re going to bury you out in that field.’ And they pointed out to a field. Both cops said the exact same thing. Another time, right after 9/11, we played at CBGB, and we advertised it as Millions of Dead Cops and Firemen. And, oh, about 50 cops and firemen came to the show wanting to kick our asses. I was living in New York at the time and I guess I was being a wiseass. I have no regrets about naming the band Millions of Dead Cops. I did what I did and I am what I am, and that’s just that.” K.G.