Home » Lists » Making the Brand: The 40 Greatest Band Names of All Time » Page 3 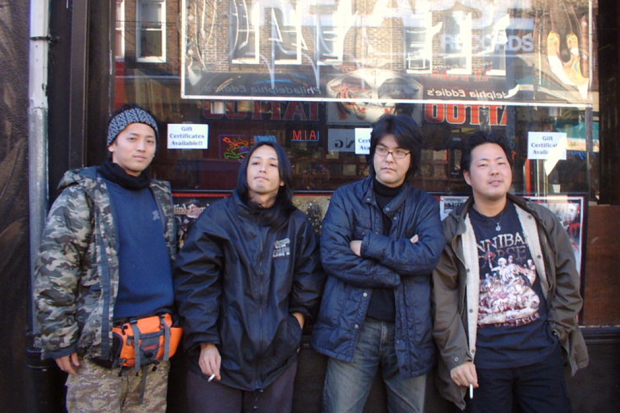 30 Bathtub Shitter
Known Origins: Before even forming the Japanese extreme-metal band, vocalist Masato Henmarer Morimoto came up with the name while writing the lyrics for songs like “Shit and Peace.” “I wanted an original word that could mean something like ‘motherfucker,'” he says with a laugh. “‘Bathtub Shitter’ was what I came up with. Also, people use the word ‘fucking,’ but I’m always saying ‘shitting’ in place of it.” 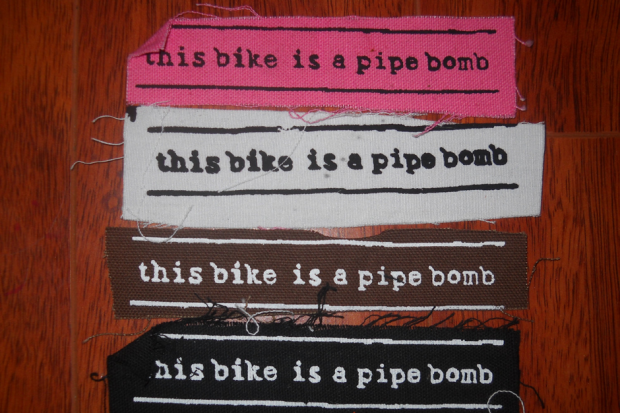 29 This Bike Is a Pipe Bomb
Known Origins: Over the years, these Florida folk-punks have claimed that they chose their name because it’s “memorable,” because it’s “long and stupid,” and because they liked bikes.

Why It’s Great: They’ve had to explain their name to the press more often than most — mainly because when their fans slap stickers on their bikes, folks with badges take notice. On at least three separate occasions (in Athens, Ohio, at St. Joseph’s University in Philadelphia, and in the Memphis International Airport) a bike bearing the band’s sticker has caused panic, police action, and mass evacuations. Now that’s rock’n’roll! (T, I, JNSQ) K.H.

28 The Band
Known Origins: As the Hawks, they backed Bob Dylan on his transformational electric tours. Nobody cared what Dylan’s band was called, so they just got called “the Band.” It stuck.

Why It’s Great: The comically generic tone epitomizes a certain strain of feigned hippie modesty that, upon closer examination, turned out to be arrogance every damn time (watch what happens when you put the emphasis on the word “the”). In the case of the Band, that arrogance happened to be backed up by monster chops; their first three albums stand tall during an era when all the heavy-hitters were punching at weight. (T, WP, JNSQ) J.D. 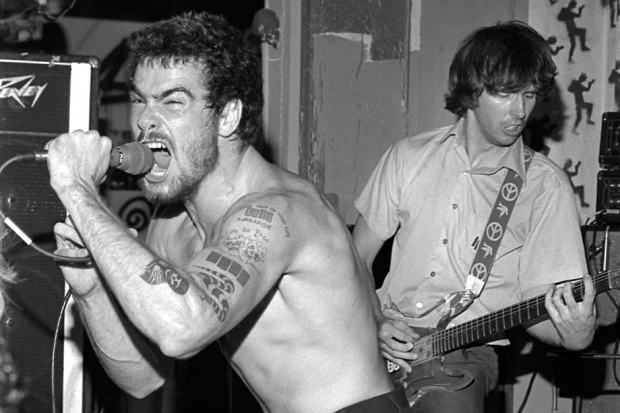 27 Black Flag
Known Origins: Upon discovering that another band was using their chosen name of Panic, the hardcore pioneers started looking for a new moniker. Raymond Pettibon, brother of guitarist Greg Ginn and the band’s visual director, suggested Black Flag, explaining that it meant the opposite of a white flag: No surrender! Anarchy! He went on to invent the group’s “bars” logo: four thick black lines that approximate a black flag. Punk (and T-shirt) history was made.

Why It’s Great: Second, perhaps, to a middle finger, the idea of a black flag most accurately represents hardcore punk. And when the band flew the flag in late ’78, they effectively declared war on popular music, modern life, and America. “The name represents how we lived: without a map, with no certainty of success,” says Chuck Dukowski, the group’s bassist from 1977 to 1983. “Our existence was an affront and a threat. It’s the leftover frisson of that danger and energy that keeps the name meaningful.” (P, I)

From the Band: “The name ‘Black Flag’ makes me think of life lived on a razor’s edge,” Dukowski says. “It captured our mood, our stance, and it put us next to Black Sabbath in the record bins! It fits with the best names. I have to thank Ray Pettibon for that and for our bars logo. That was a huge part of Black Flag’s impact. Someone told me the bars is one of the most frequently tattooed images in the world. I see it everywhere now. I’ve seen joke T-shirts with the bars and the name of something crappy or something incongruous. I found it carved in the cement on the sidewalk near my house. People put it on tanks, they put it on war protest signs. It’s a great, powerful name.” K.G.

26 The Strawberry Alarm Clock
Known Origins: A psychedelic L.A. rock band with the trendily faux-Brit-archaic name Thee Sixpence recorded a song in 1967 called “Incense and Peppermints.” Depending on who’s telling the story, either the band or their new label, Uni Records, brainstormed a more resonant name, inspired by the Beatles hit “Strawberry Fields Forever,” the madcap free-associative energies of the ’60s and, uh, an alarm clock.

Why It’s Great: Like “Incense and Peppermints” itself, the name sums up everything dippy and crass about American corporate hippiedom, suggesting what a junior-high kid might think synesthesia was after his buddy relayed an older brother’s description of an acid trip. And, just maybe, it’s a reminder that sometimes you should listen to your record label. (P, I) K.H.