Bringing generational change to the top of the charts, the 18-year-old alternative pop star made the leap from streaming standout to global arena act in 2019.

I first met Billie Eilish in October 2017 at Baby’s All Right, an intimate Brooklyn haunt where touring bands book underplays and indie blogs throw holiday parties. Draped in a camo puffer jacket and a tangle of neck chains, the then-15-year-old singer entranced a few hundred attendees with her breakthrough song “Ocean Eyes,” covered Drake’s “Hotline Bling,” and at one point, playfully chastised the young crowd for their phone use.

Two years later, Eilish has our undivided attention. In 2020, she will return to New York for sellout shows at Madison Square Garden and Barclays Center on a three-continent arena tour whose North American leg sold out in minutes. She is the first artist born in this millennium to score a No. 1 hit on the Billboard Hot 100, as well as the first to land a No. 1 album on the Billboard 200. And she earned six Grammy nominations last month, becoming the youngest artist in history to earn nods in all four of the top categories. It’s been an undeniably meteoric rise, but Eilish sees it differently from the driver’s seat.

“What’s funny is, to me, it doesn’t feel very fast,” she says. “It’s three years of work, which makes you feel like you’ve been doing it forever.” 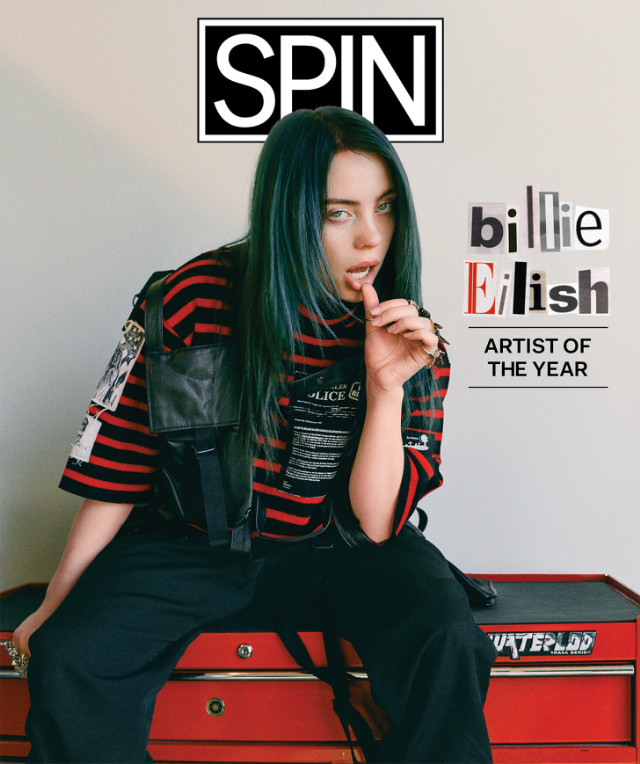 “Forever” is a relative term when you’re barely old enough to vote. But while the Los Angeles native has drawn confidence from the past year’s achievements, it’s clear she’s still getting accustomed to her newfound stature. “It’s only recently that I’ve been able to walk into a room and people listen to me,” she admits.

Accordingly, Eilish speaks of her ascent with wide-eyed incredulity. Her Instagram following has grown sevenfold over the past year and currently sits at more than 45 million. She’s now on texting terms with A-listers such as Ariana Grande and Drake, and has been embraced by childhood idols Avril Lavigne and Billie Joe Armstrong. Dave Grohl even compared her to Nirvana. It would be a lot to process at any age. However, she seems determined to avoid the pitfalls of growing too comfortable with this new normalcy.

“I’m so glad I don’t have famous friends all over the place, because I would just be the worst,” she says. “It’s a really hard thing to act normal about and not feel like you’re better than everyone. I’m still figuring out how to not just talk about me.”

Do her friends call her out, at least?

In 2019, there were times when it felt as if everyone was talking about Billie Eilish. Already anointed as a billion-stream sensation, she entered the year with a fervent fan base whose imagination she’d captured with a diverse set of singles supported by compelling visuals. Eilish memorably allowed a live tarantula to crawl out of her mouth in the vertical video for sinister electro-pop number “You Should See Me in a Crown” and wept inky tears during her haunting ballad “When the Party’s Over.” The clips were widely shared on social media, garnering hundreds of millions of views while helping her connect with an attention-strapped generation drawn to her darkness.

But despite her single-driven success, Eilish always saw herself as an albums artist. “I grew up loving whole pieces of art,” she told Billboard in April. Released on March 29, her full-length debut When We All Fall Asleep, Where Do We Go? topped the charts in 21 countries and landed 12 of its 14 tracks on the Hot 100, breaking the record for the most simultaneously charted hits by a female artist. She made her Coachella debut two weeks later, drawing a massive crowd to the Outdoor Stage where she unveiled the stage show for her subsequent world tour.

At a time when major labels rely on collaborations to maximize the marketing potential of releases, Eilish’s album had no features. The one creative constant has been her 22-year-old brother and chief collaborator Finneas O’Connell, who is credited as a writer and producer on every track and has emerged this year as a solo artist and songwriting force in his own right.

Don’t expect that to change anytime soon. With the exception of “three or four” artists she declines to name, Eilish says she largely has no desire to collaborate with others.

“I don’t like working with other people. I get really in my head and weird,” she explains. “I don’t like mixing friendships with music for some reason. I don’t even play songs for my friends until they’re fully done. I don’t like people watching me work … and I’m doing pretty well on my own, so I’m ok.”

The fruitful partnership between Eilish and Finneas dates back to their uncommon childhood. Growing up in Highland Park, the siblings were home-schooled by their actor-musician parents (Patrick O’Connell and Maggie Baird), and encouraged to pursue their passions. While she didn’t have classmates in a traditional sense, Eilish says she “grew up with more friends than anyone [she] knew” from participating in activities like gymnastics and dance.

“I did a lot of sports and I rode horses, but I didn’t make any friends riding horses,” she says. “Whew, nobody wanted to be a little girl with no money at an equestrian center. Nobody. Rich people terrifying, I’m gonna just say that.”

Eilish was drawn to music from an early age. She began playing the ukulele at age 4, joined the Los Angeles Children’s Chorus at age 8, and started frequenting concerts once she turned 12.

“It was where I found peace within myself, being in a [mosh] pit around a bunch of random people that love what I love,” she recalls. “One of the things that really bums me out about this whole fame shit is that I can’t really just go to a show, because that was how I grew up.”

As for Finneas, he started his first band, The Slightlys, while juggling an acting career in high school. He originally wrote “Ocean Eyes” for that project, but decided to work with Eilish on it after her dance teacher prompted her to create a song for choreography. In November 2015, they posted the song to SoundCloud as a free download and were stunned to watch it rack up thousands of plays overnight. Finneas connected with manager Danny Rukasin, who had previously introduced him to a producer client. (Rukasin went on to co-manage Eilish with Brandon Goodman.) Buoyed by blog support, “Ocean Eyes” soon reached the ears of Interscope A&R exec Nick Groff and Justin Lubliner, founder of Interscope’s Darkroom sub-label, who signed Eilish in 2016.

“Within one second of hearing it and seeing her photo, it just clicked—my radar went off,” Lubliner told Hits in April. “I felt like this was the artist that I’d been searching for my entire career. I was going to make sure I did everything possible to work with her.” 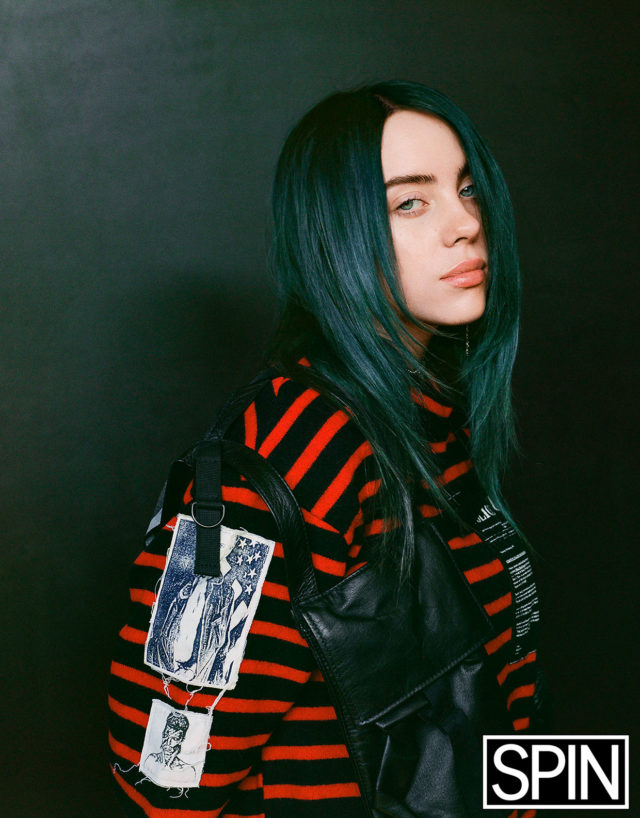 Eilish’s biggest hit may be the best case study for understanding her breakthrough. “Bad Guy” finally topped the Hot 100 in August after spending a record-breaking nine weeks at No. 2 behind Lil Nas X’s viral powerhouse “Old Town Road.” That “Bad Guy” also went No. 1 at top 40 and alternative radio is remarkable considering how little the ominous song resembles an archetypal radio hit. The grim imagery and sexually charged lyrics from an underage singer would have been enough to dissuade programmers in the past, not to mention that offbeat trap outro. “Bad Guy” is a hit that could only have happened in the streaming era, where traditional gatekeepers have gone from controlling the narrative to scrambling to keep up with the listening trends playing out in real-time.

Few pop stars have been afforded this level of creative freedom so early in their careers. Eilish often draws comparisons to Lorde owing to her age, but the “Royals” singer still needed a standard radio record to succeed in 2013. As Eilish told Billboard earlier this month, “I’m lucky enough to be in a generation that’s able to break every rule — and that’s crazy … To be honest, there isn’t really anything that’s off-limits.”

This empowerment ties directly into her appeal. As I wrote when naming “Bad Guy” one of SPIN’s 10 best songs of the year, Eilish’s pointed departure from pop’s tired marketing trajectory is the key to her cult following from Generation Z, who value authenticity über alles and understand that adolescence isn’t neatly achieved between album cycles. Her fans adore her irreverence and willingness to go where other stars won’t, whether it’s defending her friendship with troubled artist XXXTentacion, calling out a German magazine for using an altered photo, or admitting to farting onstage in a red carpet interview. As Thom Yorke told The Times, “She’s doing her own thing. Nobody’s telling her what to do.”

However, Eilish’s cheekiness has also landed her in hot water. In March, she found herself at the center of controversy after members of the LGBTQ+ community accused her of queerbaiting and objectifying gay men following the release of her song “Wish You Were Gay,” which she wrote about a guy who was not interested in her. She responded to the backlash in an interview with Popbuzz, saying, “I want to be so clear that it’s so not supposed to be an insult. I feel like it’s been a little bit misinterpreted. I tried so hard to not make it in any way offensive.” 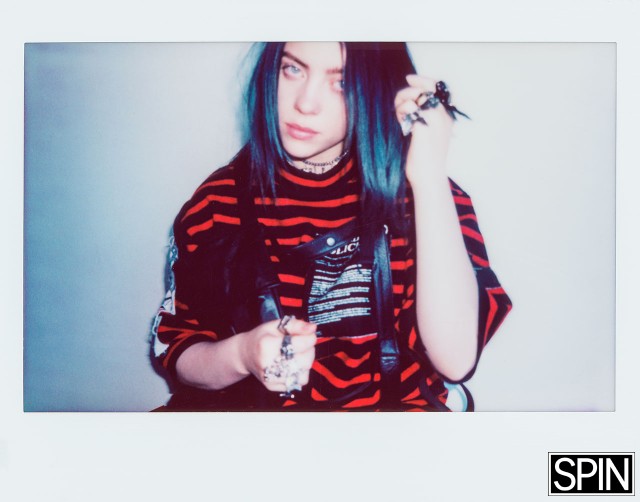 It should come as no surprise that Eilish cites similarly strident young women such as teen climate activist Greta Thunberg and actress Jameela Jamil as inspirations. “I feel like there are so many people who are looked up to right now who have really strong beliefs and are outspoken.”

Eilish has been vocal about climate change as well, attending the Youth Climate Strike in Los Angeles with Thunberg last month and devoting a video segment to the issue during her Saturday Night Live appearance with Woody Harrelson. She has also been open about her past struggles with depression and self-harm, as well as revealed that she was diagnosed with Tourette’s syndrome after a “low-key funny” compilation video of her tics surfaced on the web. Many of her songs explore bleak themes related to mental health.

After confessing to Rolling Stone that she experienced nightly panic attacks ahead of her tour, Eilish says overcoming her anxiety around being on the road has been the most rewarding aspect of her superlative year.

“Just feeling happy on tour … because I didn’t for so long,” she explains. “It was this buildup of misery to being not in that and staying content and excited for what I get to do, instead of dreading it.”

Eilish laughs when asked if that happiness has influenced the new music she and Finneas are working on. 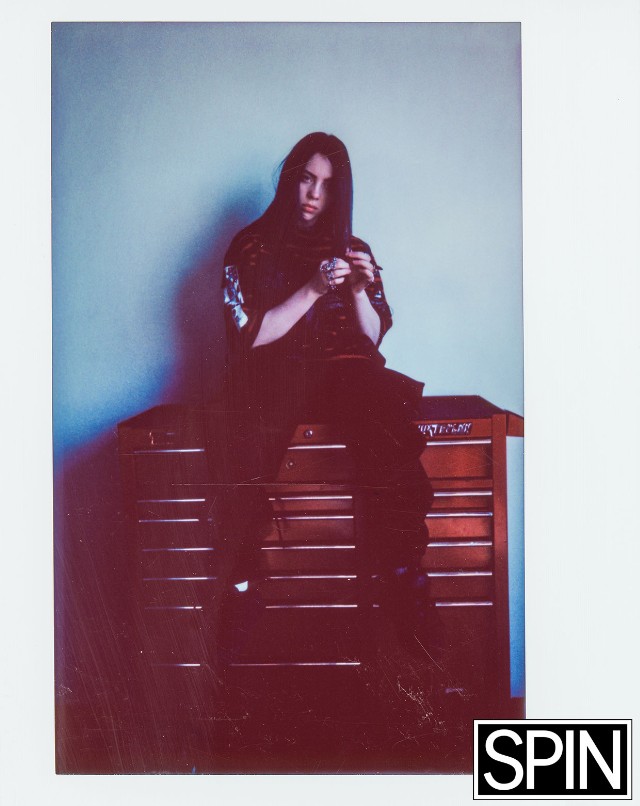