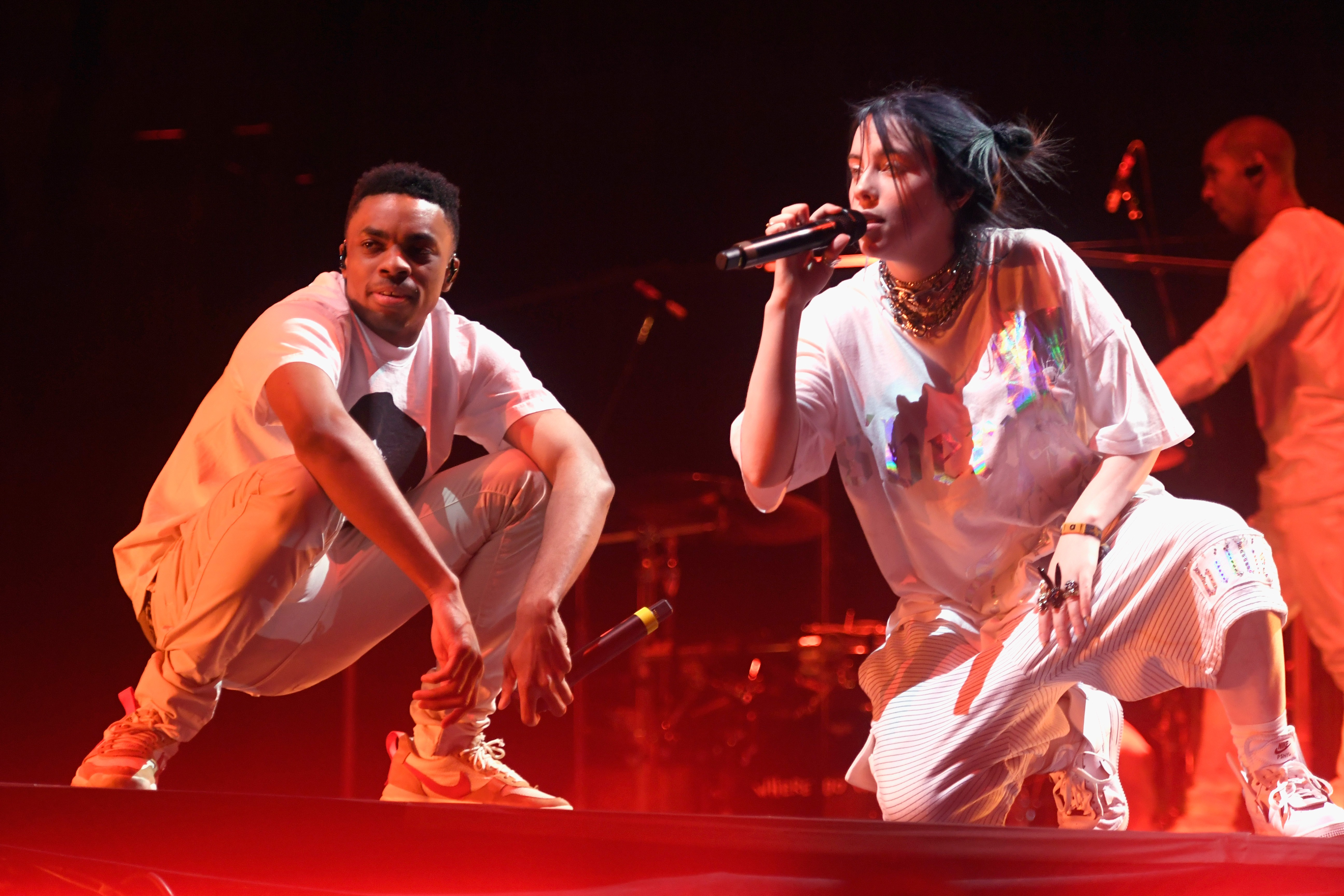 Billie Eilish performed last night at Coachella, and during her set, the rising pop sensation brought out Vince Staples to rap his verse on “watch &burn,” their collaborative single from Eilish’s debut EP Don’t Smile at Me from 2017. Though Staples appeared to rap his verse, nothing was audible to the audience after his mic failed to transmit any sound. “Im actually mute so there’s that,” Staples later wrote on Twitter. “Cillie Elish Coachella!!!”

Elsewhere in her set, Eilish briefly forgot the words to her When We All Fall Asleep, Where Do We Go? song “all the good girls go to hell.” “What the fuck are the words though?,” she shouted out to the audience.

Eilish’s debut album When We All Fall Asleep, Where Do We Go? was released last month featuring the singles “bury a friend” and “bad guy.” Since then, the album has made it to No. 1 on the Billboard 200 albums chart, with Eilish performing on The Ellen DeGeneres Show, and breaking down her song “bury a friend” for The New York Times’ “Diary Of A Song” video series. Watch clips of her Coachella performance below.