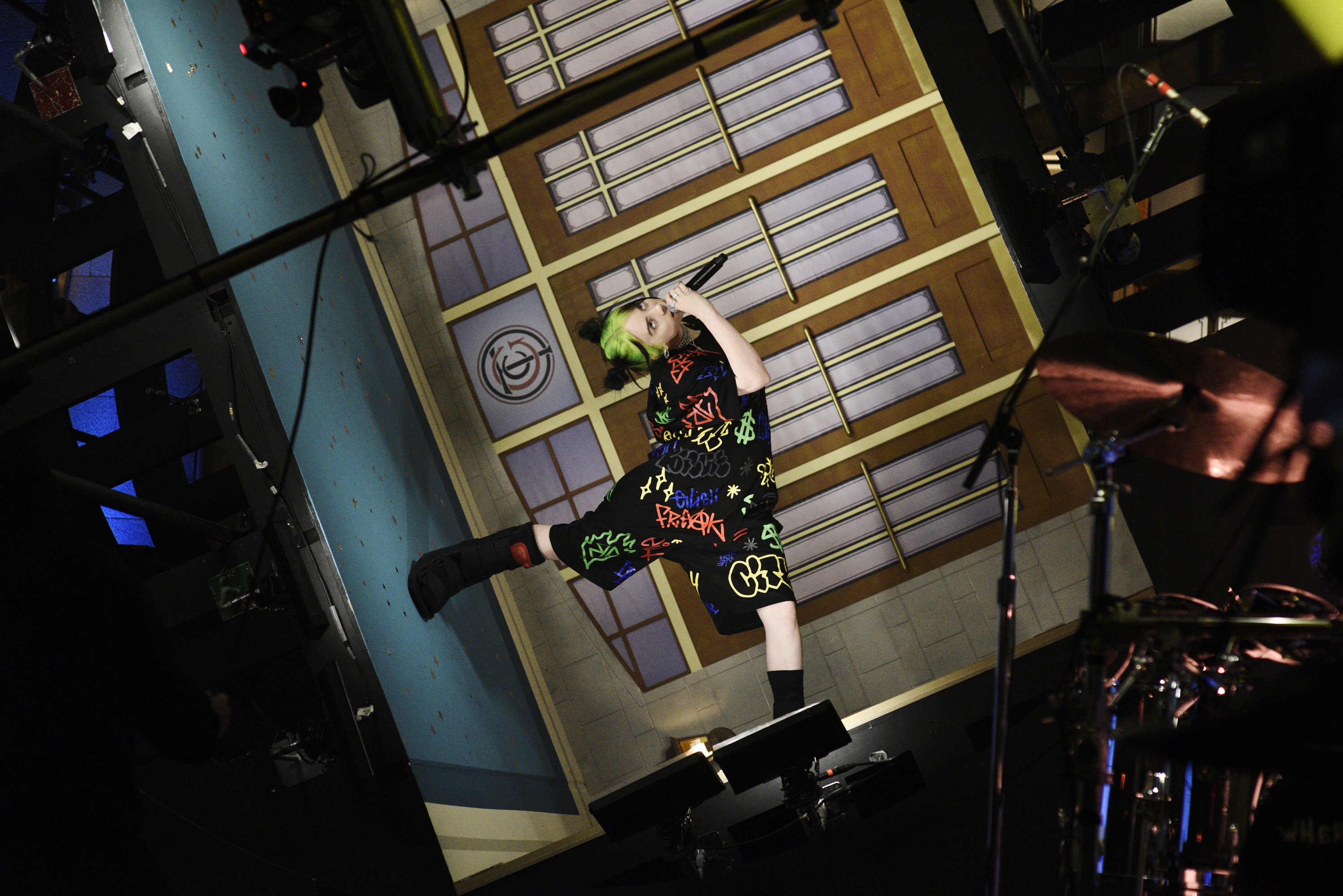 Saturday Night Live kicked off its 45th season last night with a performance from musical guest Billie Eilish. The 17-year-old pop sensation performed two songs from her debut album When We All Fall Asleep, Where Do We Go?: “bad guy” and “i love you.”

For “bad guy,” she brought the performance to a creepy, gravity-defying room, where she crawled across the walls and ceiling as strobe lights flicker on the set. Eilish slowed things down for her performance of “i love you,” performing an acoustic rendition of the track with her brother Finneas O’Connell on acoustic guitar.

Eilish’s debut album dropped back in March with the singles “you should see me in a crown,” “when the party’s over,” “bury a friend,” “wish you were gay,” “bad guy,” and “all the good girls go to hell.” In August, her radio hit “bad guy” finally dethroned Lil Nas X’s massively viral single “Old Town Road” after a record-breaking 19-week run on the charts. Earlier this week, she stopped by The Tonight Show, where she spoke with Jimmy Fallon about her current tour. She also stuck around for a game of “True Confessions” with the host.

Watch her SNL performance below.