As an upsetting decade came to an unfortunate end, music seemed to reckon with apocalypse. 2019 saw forests decimated, transnational economic systems eroded, and right-wing populist governments instated; things are bad, broadly speaking, and it’s quite possible they’re about to get much worse. Many of the songs we gravitated toward this year tackled the end head-on, in style and substance. Others explored generational and personal identity, love, and relationships—what we mean to each other, and what that means for our collective future. Some were just plain fun. All gave us reasons for optimism in the face of encroaching doom. 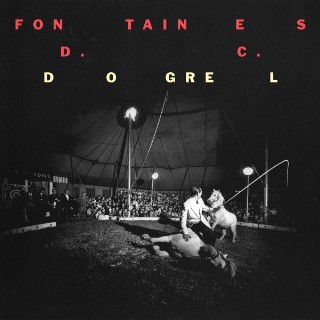 After years of listening to British and Irish rock singers flatten their accents so that they sound like cowboys, it’s refreshing to hear Fontaines D.C. singer Grian Chetten unleash his brogue while barking out his absurdly poetic lyrics, adding a talk-sing vocal style reminiscent of the late Mark E. Smith to the band’s driving post-punk. “Boys in the Better Land”  is the most relentlessly catchy song off the band’s 2019 debut, Dogrel, an album consisting of nothing but earworms. Equally impressive is the fact that Chetten can rattle off lyrics like “and the radio is all about a runaway model with a face like sin and a heart like a James Joyce novel” without missing a beat. —MAGGIE SEROTA 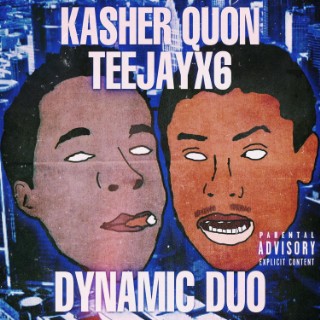 “Dynamic Duo” is this year’s best buddy comedy. Viral Detroit teenager Teejayx6, poet laureate of the dark web Silk Road, trades manic bars for four minutes with his friend Kasher Quon: cracking credit cards, stealing girls, Instagramming a murder, and making fun of their victims throughout. Even the grumpiest Rick Ross-looking mall cop can appreciate the technical interplay that structures the silly punchlines. “Ridin’ in a Scat Pack / You in a Victoria Crown” is pretty great. But the highlight is when Kasher brags, “I just ordered iPhones,” Teejay responds, “In who name,” and Kasher answers, “My lil’ nephew.” Don’t overthink it. —TOSTEN BURKS 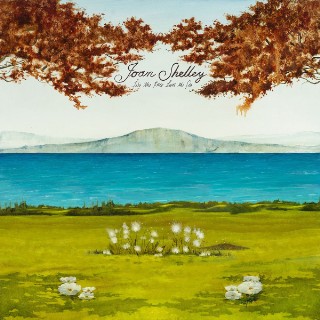 First, “The Fading” is a song about the end of a relationship. Then, it’s a song about the end of the world. Through each collapse, Joan Shelley’s sanguine advice is the same: “When it breaks down / Babe, let’s try / To see the beauty in all the fading.” It’s a familiar sentiment, made newly profound by the depth of Shelley’s imagery, the frankness of her assessments, and the honey-hued beam of her voice. “I confess, I liked it,” she sings after witnessing a river break through its banks—a metaphor for personal catharsis, a literal depiction of environmental ruin, or both.

As ever, Shelley deftly balances her singular contemporary perspective with her roots in Appalachian vernacular music, with chiming fingerpicked acoustic guitar and a melody as familiar as the autumn sky. The final verse of “The Fading” points to her home state of “old Kentucky” as an idyll amid apocalypse: “That’s where I’ll be when the seas rise / Holding my dear friends and drinking wine.” She exhorts us to look at the bright side, knowing well how dark the darkness can be. —ANDY CUSH 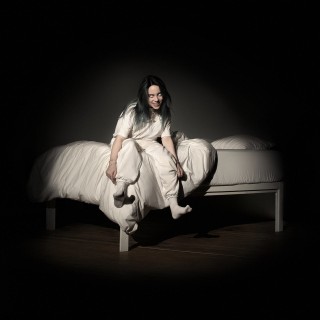 Can you picture a 17-year-old starlet singing lines such as “I’ll be your animal” and “might seduce your dad type” prior to the streaming era? Miley Cyrus didn’t ride a wrecking ball until she was nearly old enough to drink. Billie Eilish’s pointed departure from pop’s tired marketing trajectory is the key to her cult following from Generation Z, who value authenticity über alles and understand that adolescence isn’t neatly achieved between album cycles. Eilish’s brooding hit “Bad Guy” exemplifies the dark tension that lies at the heart of her appeal, contrasting imagery of bruised knees and a bloody nose with childish mentions of “mommy” and “tippy toes.” You almost feel guilty for listening, but now it’s all over the radio. —MATT MEDVED 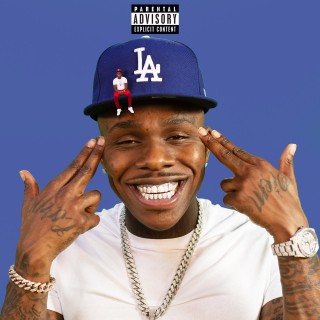 Make no mistake about it: DaBaby can rap his ass off. The 27-year-old Charlotte native spits with the force of a freight train, with more sheer talent and charisma than rappers who’ve been doing this for decades. In an era largely defined by sprawling cinematic albums from superstars and viral singles from teenagers, his Interscope debut, Baby On Baby, showed the world that there’s still room for mile-a-minute lyricism and unpretentious attention to craft, with the kind of infectious energy that some artists spend their entire careers chasing.

On “Suge,” the rapper pays homage to the West Coast, namechecking Death Row Records CEO Suge Knight over a beat immediately reminiscent of the Bay Area. “Talkin’ my shit, I’ma pop that / Got like thirty-two thousand in one of my pockets,” he raps, flowing effortlessly from verse to chorus and back again, with hardly a spare second not occupied by some off-the-cuff put-down or other. It’s a shining example of what makes DaBaby such a compelling character in today’s rap climate, mixing contemporary production and hook-forward songwriting with timeless verbal deftness. —ROB ARCAND 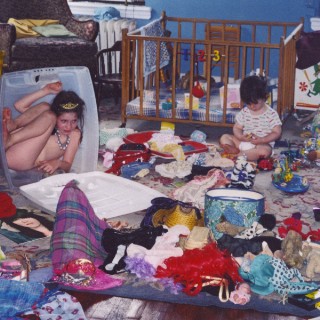 On the Remind Me Tomorrow single “Seventeen,” Sharon Van Etten eschewed her previous stripped-down songwriting in favor of a brash and bombastic yet bittersweet love letter to her younger self and her adopted hometown of New York City. Over the past few years, we’ve watched Van Etten add “actress” and “budding comedy writer” to her resume. As she explores new mediums and evolves as an artist, it makes sense that her sound evolves with her. And damn if the new wave-style synths and the clear nod to fellow New Jersey native Bruce Springsteen’s Tunnel of Love era doesn’t suit her. —MAGGIE SEROTA 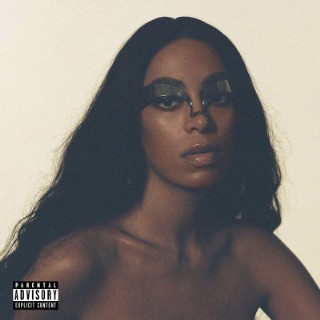 When I Get Home is an album about Southern rap’s utopian myths of luxury and leisure, the utility of those myths, the act of imagining. These songs are dreams, so Solange’s imagery is sensual and clipped—brown leather, brown sugar, brown leaves, sundown, wind chimes. “Binz,” the LP’s best single, with the year’s fattest bass line, imagines a caper: stealing linens from a presidential suite, driving a tinted Rolls Royce into the sunset, wearing Saint Laurent and gold teeth. After Solange’s ecstatic vamp, her first verse opens, “I just wanna.” Few songs so directly capture how fantastic it is to fantasize. —TOSTEN BURKS 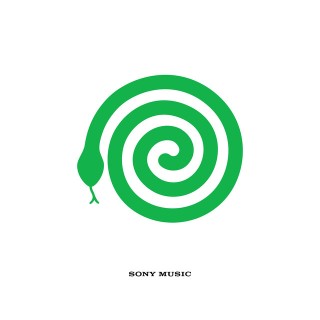 Back in January, when the world was new and Vampire Weekend’s fourth album was still just “FOTB,” Ezra Koenig put out a video called “120 Minutes of Harmony Hall Guitars.” It was a simple teaser—two hours of looped acoustic guitars, rising and falling as the screen displayed a rainbow visual riff on the Kabbalistic tree of sefirot. Intricate, relaxed, and strangely hypnotic, the loops set a goofy new tone for the post-Rostam era, occupying their own quiet minimalistic universe.  Then came the album version of “Harmony Hall,” and the gag was sublimated into an instant pop classic. Twinkling keys and a gentle, singsongy chorus contribute to one of the band’s most exuberant arrangements, even as the lyrics remain typically anxious and oblique. “I thought that I was free from all that questionin’ / But every time a problem ends, another one begins,” sings Koenig, gliding over his R’s in his usual faux-aristocratic uptown Manhattan style. With its cresting waves of guitar, “Harmony Hall” splits the difference between existential unease and jam-band bliss. —WILL GOTTSEGEN 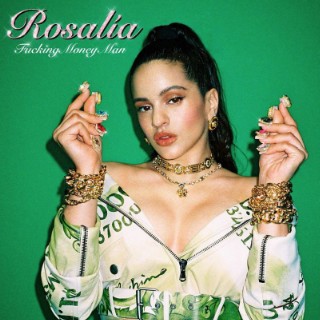 Of the six incredible tracks released by Rosalía this year, none stung quite like “Millionària.” On its face, it’s a pure dream of wealth: an update on the gilded flamenco she perfected on El Mal Querer, now with leopards in the garden and Bentleys in the garage. But its barbed refrain (“fucking money man!”), sung in English, the unofficial language of worldwide capitalism, is essentially a warning shot. Like a certain faux-aspirational, acronymic anthem before it, it’s an argument against the capitalist idea, rather than for it. The track’s B-side, “Dio$ No$ Libre Del Dinero” (“God Free Us From Money”), makes it explicit. Slick, frenetic production from El Guincho gives “Millionària” an assured sheen, with percussive clicks and pops that accent the melody without intruding. For a moment we’re right there with her, baptizing the yacht, admiring the watches and the jewelry. But by the time she arrives at the chorus, it’s impossible to see “Millionària” for anything other than a perfect contradiction—a consummate “fuck you” to the economic powers that be, in Catalonia and abroad. —WILL GOTTSEGEN 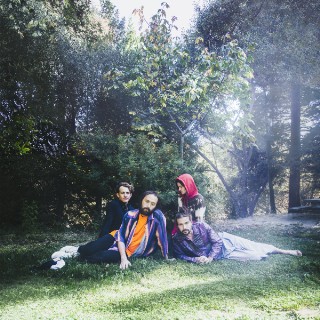 Across two spectacular albums in 2019, Adrienne Lenker and Big Thief wrote songs as big as the cosmos and as small as the space between two tangled bodies. In “Orange,” those expanses are the same. It arrives in the middle of U.F.O.F. like a clearing in the middle of deep woods; the spectral clatter of the band falls away, leaving only Lenker’s acoustic guitar and high keening voice. “Lies, lies, lies / Lies in her eyes,” goes the chorus, but without any of the bitterness you might expect from reading those words on the page. If she is describing a betrayal, she also seems to be addressing some other unnameable subject, a mystery that lies in the gaze of another. The verses provide no answers, moving through impressions with a dreamlike mix of clarity and confusion: “I can hear her flesh, crying little rivers in her forearm,” “The moon drips like water from her shoulder.” The cumulative effect is an evaporation: borders between people and things dissolve in a moment of terrible ecstasy, leaving only a bright flash and an insight that will remain forever on the tip of the tongue.

In its depictions of sex, death, the randomness of human encounter, and the chaos of nature, “Orange” seeks to name the unnameable. It’s an impossible task, but Big Thief came closer than anyone else this year. At least we know what color it is. —ANDY CUSH