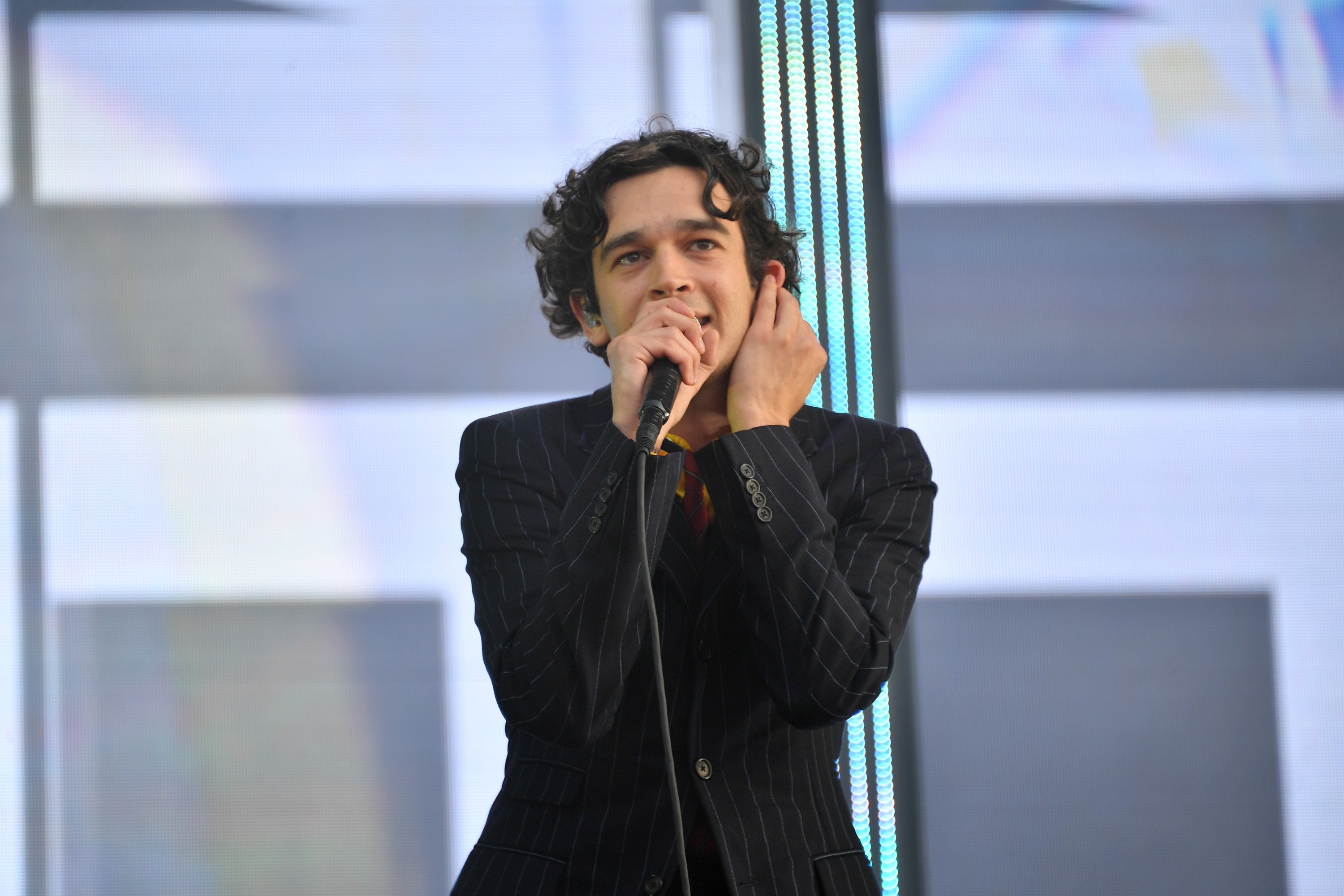 The 1975 announced earlier this week that their new album Notes on a Conditional Form will be released early next year. The first single from the upcoming release, “People,” was also unveiled with the announcement, and the band unveiled a kaleidoscopic music video for the track in the same day. If that weren’t enough, the band also performed the track live for the first time at the Reading half of England’s annual Reading and Leads Festivals, where they performed as headliners Friday night, as Stereogum points out.

Where the music video finds the band surrounded by chaotic screens (with frontman Matty Healy a near dead match for a young Marilyn Manson), the group’s Reading performance found them feeding off energy from the audience, with Healy holding the microphone out to the crowd for the chorus. Soon enough, the band matched the high-energy of the audience, with Healy even gripping one of the camera for the BBC livestream as he shouted out to viewers online.

The 1975’s latest album A Brief Inquiry Into Online Relationships dropped in November 2018 and was among our 51 favorite albums of 2018. The release followed a lengthy run of singles including “Give Yourself a Try,” “Love It If We Made It,” “TooTimeTooTimeTooTime,” “Sincerity Is Scary,” and “It’s Not Living (If It’s Not with You).” Since then, they’ve also released a teaser track featuring a speech from 16-year-old climate activist Greta Thunberg. Check out footage of last night’s Reading performance below.