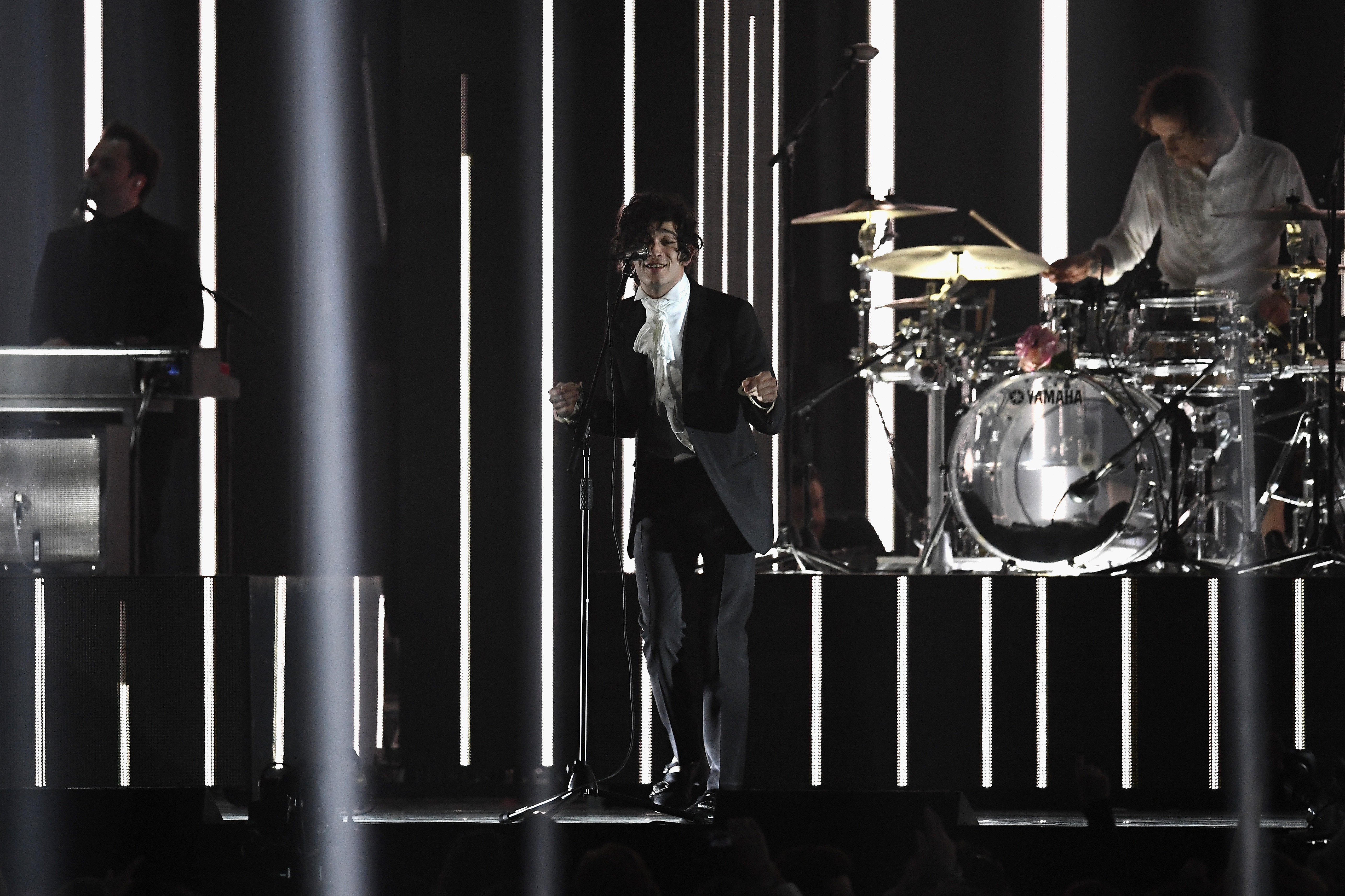 The 1975 have released “Give Yourself a Try,” the first single from their upcoming album A Brief Inquiry Into Online Relationships (fka Music For Cars). The band premiered the song on Annie Mac’s BBC Radio 1 show today. Minimal by the band’s standards, “Try” is built around a motorik-leaning beat that sounds like a major-key version of Joy Division’s “Disorder” as rendered by the Strokes, but with the 1975’s signature sheen.

“Give Yourself a Try” is the 1975’s first new song in a few years, and leads their first collection of new material since their 2016 album i like it when you sleep for you are so beautiful yet so unaware of it. The band released a live album late last year, as well as a cover of Sade’s “By Your Side.”

This first single is the conclusion of a lengthy rollout that started as early as last year, with frontman Matt Healy acknowledging that Music for Cars was also the title of the 2013 EP featuring the band’s breakthrough single “Chocolate.” The 1975 also revealed the lyrics to “Give Yourself” on Twitter shortly before the official release, and posted a countdown clock teasing tomorrow’s date, June 1, at the beginning of May.

June 1 is an important day for 1975 fans. Healy came up with the band name after receiving a copy of Jack Kerouac’s On the Road at a yard sale. He says in an old press bio:

In the back there were all these mental scribblings, it was almost suicidal, and it was dated at the bottom ‘1st June, The 1975’. The use of the word ‘The’ really stuck with me. It was the perfect band name.

A Brief Inquiry Into Online Relationships is out this fall via Dirty Hit Records. It’s the first of two anticipated albums from the 1975, with the first expected this October and the second in May of 2019.