"It’s kind of like a dance record, but not an EDM, disco, modern dance record. It’s got groove,” frontman says of band's 10th album 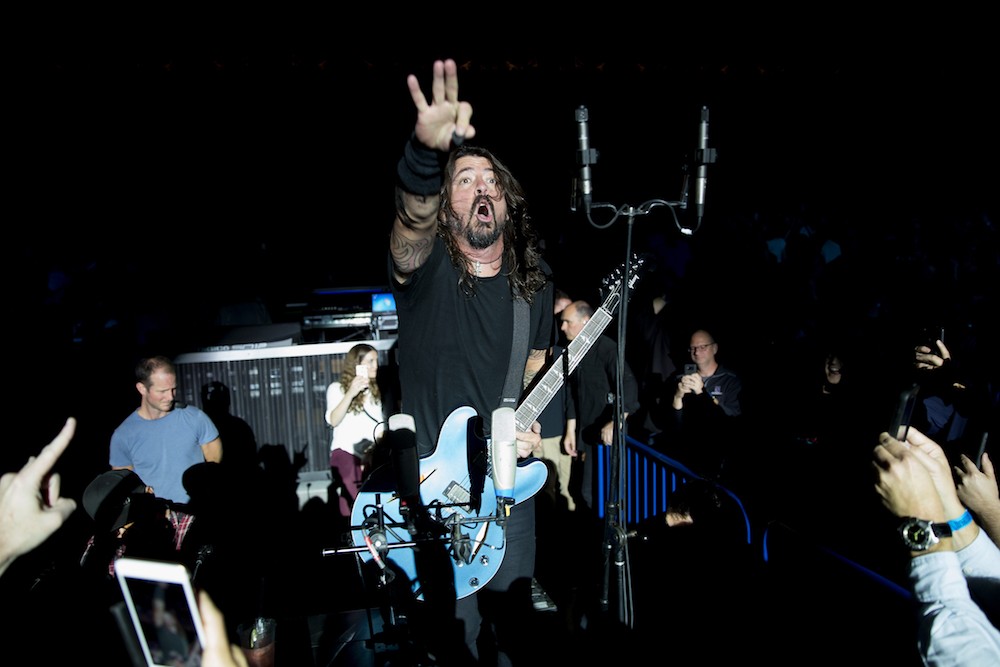 “It’s filled with these anthemic, huge sing-along rock songs,” he said. “It’s weird because it’s almost like a dance record in a weird way — not an EDM, disco, modern dance record … It’s got groove, man. To me, it’s like our David Bowie’s Let’s Dance record. That’s what we wanted to make — we were like, ‘Yeah, let’s make this really up, fun record.”

Grohl, who admitted the as-yet-untitled LP does have some “dark corners,” expressed disappointment at having to postpone the band’s 25th anniversary tour. “We finished making a record, and the record is so good,” he said of their follow-up to 2017’s Concrete and Gold. “We were so excited for people to hear it. We were so excited to go out and play it.”

In the same interview, which also featured Grohl’s mother Virginia, the songwriter also enthused about watching Post Malone’s recent live-streamed set of Nirvana covers. “More than the sound of it and more than the chords and whatever, it just sort of felt good,” said the former Nirvana drummer, who praised the percussive performance of Blink-182’s Travis Barker. “To me, [the set] didn’t feel weird. They were killing it!”

In related Grohl/Bowie news: During a recent installment of the “Dave’s True Stories” series, the Foo Fighters leader recalled his fascinating final exchange with the Blackstar singer.