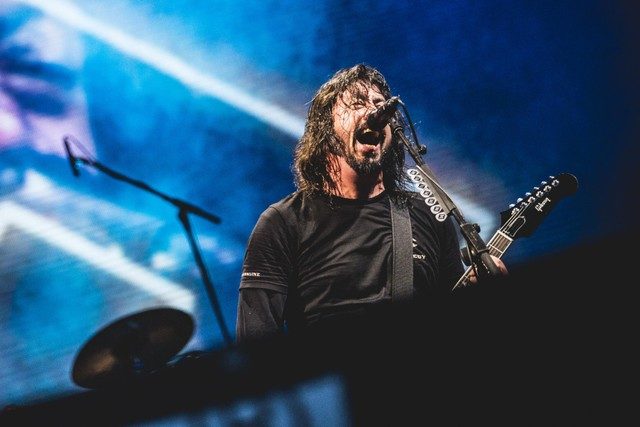 Dave Grohl appeared on the Bill Simmons Podcast on Wednesday and he told The Ringer boss that the new Foo Fighters album is finished.

The Foo Fighters singer/guitarist appeared in the second half of the episode in a wide-ranging conversation about the state of music.

“We just finished making a record. Some of those songs, the best ones happen in 45 minutes,” Grohl told Simmons. “Then there’s other songs — there’s a riff on the new record I’ve been working on for 25 years. The first time I demoed it was in my basement in Seattle.”

Grohl also told Simmons that he’s working on a documentary on van touring, which is something that all bands can have done and can relate to. “Back in the day, that’s how younger, independent bands…The van was the tour bus for the punk rockers in the ’80s. Everyone had a van,” Grohl said. “I’ve interviewed everybody and you’d be surprised. The Beatles toured in a van. Guns N’ Roses, Metallica, U2. Everybody.”

His first full-length documentary, Sound City, was released in 2013 and paid tribute to the San Fernando Valley recording studio that was the location of a number of historical recording sessions, including Nirvana’s Nevermind. In 2014, the Foo Fighters released a short docuseries that aired on HBO to coincide with their Sonic Highways album.

The Foo Fighters’ last album, Concrete and Gold, was released in 2017.

You can listen to Grohl’s segment on the Bill Simmons Podcast beginning at the 48-minute mark below: