Record Store 2018 is just around the corner on April 21, and as always, the list of upcoming releases is as impressive as it is daunting. Highlights include new releases from Courtney Barnett, Parquet Courts, Brian Eno and Kevin Shields, and more.

Last month, Led Zeppelin announced that they would be releasing a limited-edition 7″ single featuring two unreleased tracks as part of Record Store Day. The National are also releasing Boxer (Live in Brussels) as a Record Store Day exclusive. Other previously announced exclusives include Rage Against The Machine‘s Live at the Democratic National Convention 2000, and three rare David Bowie LPs, including a 3XLP set of Bowie’s 1978 London performances as part of his ambitious Isolar II tour and a Let’s Dance 12″ featuring a demo and live version of his hit 80s single.

Mac Demarco is releasing two LPs as part of Record Store Day. The first, Old Dog Demos, is a RSD exclusive release that features b-sides, demos, and outtakes from his latest album This Old Dog. Mac has also teamed up with Shamir for a series of Beat Happening covers – Mac put his spin on “Indian Summer,” while Shamir covered “Run Down the Stairs.” The covers will be released on a 7″ vinyl.

Other exclusives include a highly anticipated collaborative 12″ from Brian Eno and Kevin Shields, which will feature one previously released track, “Only Once Away My Son,” as well as a new song, “The Weight of History.” 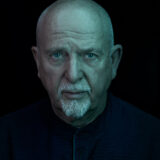 The Cure are releasing their 1990 remix album Mixed Up on vinyl for the first time exclusively for RSD, in addition to Torn Down (Mixed Up Extra), which will contain 16 new remixes of classic songs like “Three Imaginary Boys” and “Never Enough” from frontman Robert Smith.

Car Seat Headrest will also be releasing the original 2011 recording of Twin Fantasy (Mirror to Mirror) on vinyl for the first time. Other records seeing their first vinyl release include Arcade Fire‘s 2004 self-titled debut EP and a collection of Courtney Barnett’s first two EPs, which will be released as a picture LP titled The Double EP: A Sea of Split Peas. Barnett is also releasing a 12″ with two tracks from her upcoming album Tell Me How You Really Feel, “City Looks Pretty” and “Sunday Roast.”

Fresh off of his Oscars performance, Sufjan Stevens will also be releasing the Mystery of Love EP as a Record Store Day exclusive; the EP includes three original songs he wrote for Luca Guadagnino’s coming-of-age film Call Me By Your Name.

Parquet Courts are also releasing two previously unreleased for Record Store Day, “Mardi Gras Beads” and “Seems Kind of Silly.” The former will be on their forthcoming LP Wide Awake!, while the latter is a non-album B-side.

Julian Casablanca’s band The Voidz is also releasing a 7″ which includes “QYURRYUS,” a previously released single from their upcoming album Virtue, as well as a previously unreleased track, “Coul As A Ghoul.”

Wilco fans will also find plenty to love on this year’s Record Store Day release list – their Live At The Troubadour 11/12/96 recording, previously released on CD as part of the deluxe edition of their 1996 album Being There, is finally getting a 2XLP release. In addition, Jeff Tweedy’s proto-Wilco alt-country band Uncle Tupelo is releasing demos from their debut LP No Depression.

Other highlights include exclusives from Lil Uzi Vert, who is releasing his mixtapes Luv Is Rage and The Perfect Luv Tape on vinyl for the first time, and a Stay Gold metal box set from Record Store Day ambassadors Run The Jewels, which will include a clear etched vinyl 12-inch with Marvel Comics branding, a Run The Jewels slipmat, and a sticker.

These releases are just the tip of the iceberg in terms of exclusives to look forward to this April. Check out the full list of special releases on the Record Store Day website.