Sturgill Simpson is the latest musician to test positive for COVID-19.

On Saturday, the singer-songwriter revealed his diagnosis in an Instagram post, along with the concerning news that the virus is still in his system a month after he exhibited symptoms.

“Ok since they are in short supply these days here are some facts…” Simpson began his lengthy message before explaining how he was on tour in Europe at the beginning of the year and played shows in the States before pulling the plug on March 12.

“This photo was taken at 9am on March 13th when my wife took me to our local hospital ER due to chest pains, fever, and pre-stroke blood pressure levels,” he said, referring to the corresponding snapshot of him lying on an ER bed, wearing a surgical mask. “I spent an hour listening to a (highly condescending) Doctor refuse to test me because I ‘did not fit testing criteria’ and tell me why it was impossible that I had contracted the virus due to its extreme rarity and that it was not in western Europe yet during that same period (which we now know is incorrect) even though I was told by two nurses that I was the first person their hospital had walk in requesting to be tested.” 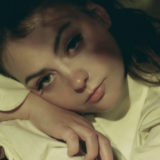 Nearly a month later, on April 6, Simpson and his wife found a drive-thru facility and both got tested. His results came back positive while hers were negative, despite being with him on the road and at home.

“All I know is I first felt symptoms a month ago yet Im [sic] still positive and contagious and now on quarantine in the dojo until April 19th,” he wrote before concluding with a jab at the current administration. “But hey, at least our Government appointed task force headed by a man who does not believe in science is against mass testing and we now have a second task force in the works to ‘open America back up for business’!”

The music business has been completely upended by the COVID-19 pandemic. A number of albums have been pushed, tours postponed and festivals canceled.