Coronavirus: Here are the Musicians Who Have Tested Positive

From Scarface to Jackson Browne to Rita Wilson 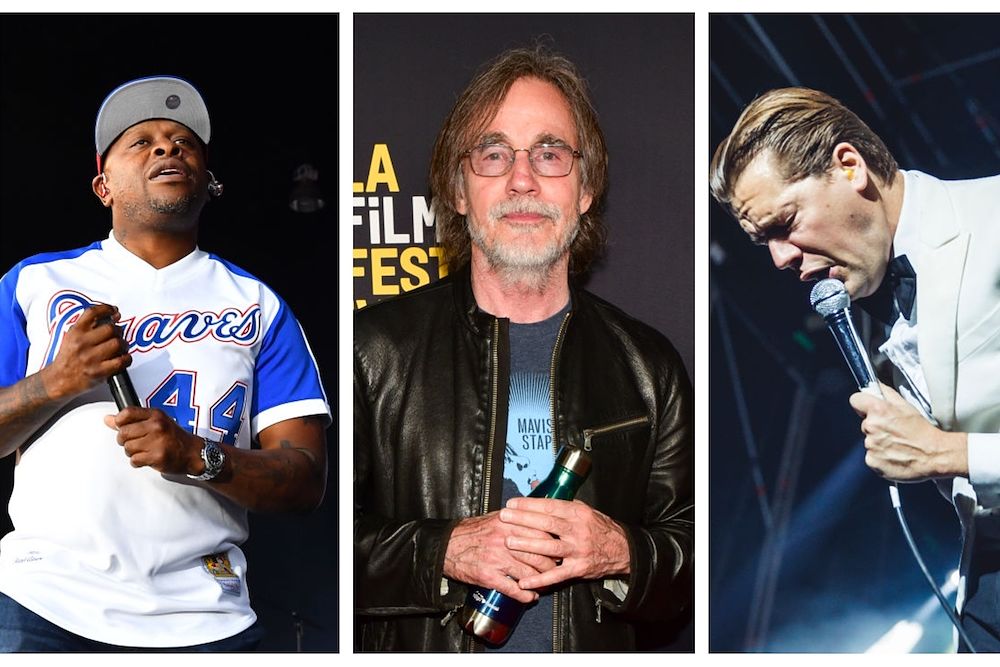 As the coronavirus has rapidly turned into a pandemic, everyone has been affected by it. That includes musicians. Over the past few weeks, festivals and tours have been either postponed or canceled at a breakneck pace.

Unfortunately, as the outbreak has spread, a number of musicians haven’t been immune to it.

From Jackson Browne to Scarface to Duran Duran bassist John Taylor, here are the musicians who have tested positive for coronavirus.

Colombian singer-songwriter Karol G has confirmed that she tested positive for COVID-19 two or three weeks ago.

“I feel well,” she said on social media on July 13. “Today, I got another test and hoping this one will be negative.”

Chris Sligh, who was a finalist in the sixth season of American Idol, is currently in the hospital battling COVID-19-related pneumonia.

Madonna said that she contracted the virus while on her Madame X tour, but things are better now.

Im Grateful that I can be a part of supporting Research to Find the cure for Covid -19!! 🙏🏼 And just to clear things up for people who would rather believe sensationalist headlines than do their own research about the nature of this virus— I am not currently sick. When you test positive for anti-bodies it means you HAD the virus which I. clearly did as I was sick at the end of my tour in Paris over 7 weeks ago along with many other artists in my show but at the time We all thought we had a very bad flu. Thank God we are all healthy and well now. Hope that clears things up for the band wagon jumpers!! Knowledge is Power! #covid19

The actor/DJ said he tested positive for coronavirus. He says he is exhibiting no symptoms of having the virus but is self-quarantining for the safety of others.

The producer of Ozzy Osbourne’s latest album, Ordinary Man, Watt announced that he tested positive for COVID-19. He shared his story in an Instagram post.

Brandon Hoover, the guitarist of Crown the Empire, announced that he tested positive for coronavirus on March 16. Hoover also described his experience with the symptoms in a Twitter post.

Wilson and her husband, Tom Hanks, tested positive for coronavirus. Wilson, an actress/musician, has several releases to her credit.

Ocean Grove has announced that one of the Australian band’s members has tested positive for coronavirus. The band is currently urging any fans who have attended their signings to self-quarantine for two weeks. See more in their Facebook post below.

Charlotte Lawrence, whose song “Joke’s On You” appears on the Birds of Prey soundtrack, revealed that she was diagnosed with COVID-19. She said that she’s currently asymptomatic but that she is isolating herself and encourages others to do so, too.

Bon Jovi keyboardist David Bryan confirmed in an Instagram post that he tested positive for coronavirus. “I’ve have been quarantined for a week and will for another week. And when I feel better I’ll get tested again to make sure I’m free of this nasty virus,” he wrote.

I just got my results back today and tested positive for corona virus. I’ve been sick for a week and feeling better each day. Please don’t be afraid!!! It’s the flu not the plague. I’ve have been quarantined for a week and will for another week. And when I feel better I’ll get tested again to make sure I’m free of this nasty virus. Please help out each other. This will be over soon… with the help of every American !!😎💪❤️

The Radiohead guitarist told Uproxx that he has coronavirus. “I Googled it last night and that’s a classic symptom of the coronavirus,” he said. “So, it’s like, okay, I’ve got it,” told the publication.

In an Instagram post on March 24, rapper Slim Thug said he has coronavirus. “Check this out. No games being played. The other day I got tested for the coronavirus, and it came back positive,” Thug revealed. “As careful as I been self-quarantined and staying home — I might have went and got something to eat, stayed in my truck, mask, gloves, everything on — my test came back positive.” He also cautioned about the dangers of the virus and urged fans to stay indoors.

Just found out I got Corona virus

In an interview with Rolling Stone, Browne suspects he contracted the virus when he traveled to New York City for the Love Rocks NYC benefit show. He has been in self-quarantine for 10 days as of March 24.

The guitarist who played with Bob Dylan and Levon Helm has tested positive for coronavirus. His wife posted a video on Facebook confirming the news.

The legendary Geto Boys rapper posted a YouTube video where he told Willie D. that he has coronavirus. He said that the symptoms (including an itchy throat) lingering for a few weeks before finding out Wednesday (March 25) that he tested positive, having been in and out of the hospital with various other symptoms.

According to a report in German publication Bild, Lindemann is in intensive care due to the coronavirus. The report said that after a show in Moscow, he was brought to a Berlin hospital by emergency medics after having an extremely high fever. (Update: 3/27 3:15 pm) Rammstein issued a statement saying that Lindemann does not have coronavirus:

In a Facebook post on March 31, the Asleep at the Wheel singer that he contracted coronavirus. Benson shared that he went to get tested on March 21, but no tests were available so he went home.

Well folks, the bad news I've contracted the corona virus!! Been feeling tired for about 10 days! Went to be tested on…

The Hives singer, in a video posted to Facebook on March 31, said he suspects that he has coronavirus, though he does note that he is doing better.

The hip-hop icon has been battling pneumonia in his lungs throughout the month of March and believes he has COVID-19. However, there has been no official news about whether or not he’s gotten taken the test or its results.

Melly has tested positive for COVID-19 today while awaiting his trial in Broward County Jail. He’ll be filing a motion for restricted release in hopes of better care due to any jails not being prepared to treat this new virus. He hopes for your support and to recover soon #prayformelly send positive energy to him please

In an Instagram video posted on April 2, the singer revealed she just got over having coronavirus.

After Testament announced that singer Chuck Billy and their crew have tested positive for coronavirus on March 22 following a European tour, bassist Steve DiGiorgio has also tested positive.

**COVID-19 OFFICIAL STATEMENT** As many of you already know, after returning from the BAY STRIKES BACK over Europe…

Singer-songwriter Christopher Cross has just announced “…I am among the growing number of Americans who tested positive for the COVID-19 virus.”

In a tweet on April 3, the pop star wrote that she and her son tested positive for COVID-19. She proceeded to announce that she was donating $500,000 to City of Los Angeles’ COVID-19 relief fund.

The singer has been hospitalized for COVID-19 after developing a cold that turned into pneumonia.

Marianne Faithfull is in hospital in London having tested positive for Covid 19. She went in this past tuesday. Please…

The Duran Duran bassist tested positive for coronavirus. In a tweet, he described having thought it was a “mild” case before it evolved into a “Turbo-charged flu.”

A note from John pic.twitter.com/tryutCbw5K

Sturgill Simpson revealed he tested positive for COVID-19 a month after exhibiting symptoms.

We got tested by some miracle and the results came in. I've got it. Here's some reading:

During an interview with Zane Lowe, Sam Smith revealed that they had been exhibiting the same symptoms as “everything I’ve read” on coronavirus and believes that they “100 percent had it.” While he never got tested, the British singer self-isolated for three weeks and is on the mend.

Lil Xan was reportedly taken to the hospital last weekend due to a panic attack triggered by anxiety about the coronavirus pandemic.