It continues what the band has been doing in recent days 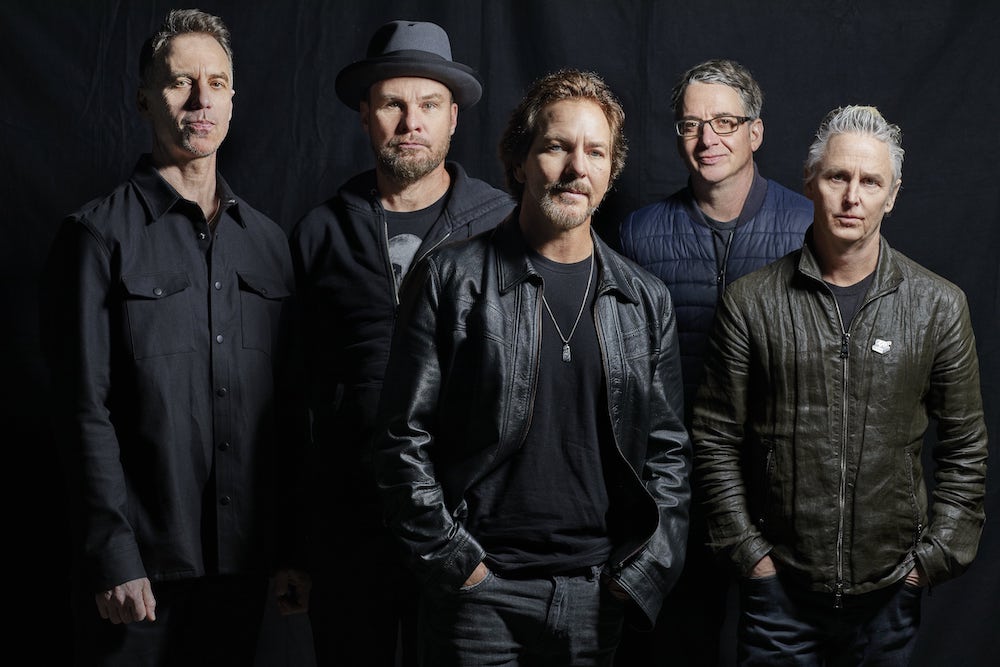 On Saturday, the band continued what they’ve been doing all week, sharing a teaser for “Never Destination.” In our review of the album, we wrote that on the song, Eddie Vedder references the protagonist of Sean Penn’s book Bob Honey Who Just Do Stuff.

The clip itself is an instrumental track and there are words featured over nuclear plant akin to Pink Floyd’s Animals album cover. Those words read: “There’s an angry sea/An ocean in my eyes/The waves are rolling/I’m becoming blind/I won’t be taken/Won’t take myself/Kicking and screaming/Have to knock me off the shelf/Feels like an illusion is taking place?”

“Never Destination” is the seventh track to emerge from Gigaton. The band previously shared snippets of “Seven O’Clock,” “Alright,” “Quick Escape,” “Who Ever Said” to go along with “Dance of the Clairvoyants” and “Superblood Wolfmoon.”

Pearl Jam were hit hard by the coronavirus. The first leg of the Gigaton tour was postponed due to the coronavirus. However, the band’s spirit remains strong. On Friday, Mike McCready went on Pearl Jam’s social pages to give fans a message of what he’s been up — including music, poetry and book selections. He then went on to noodle on his guitar.

Pearl Jam’s Gigaton is out on March 27.

Check out the teaser below:

What other PJ albums have you revisited this week to prepare for Gigaton? "Never Destination"