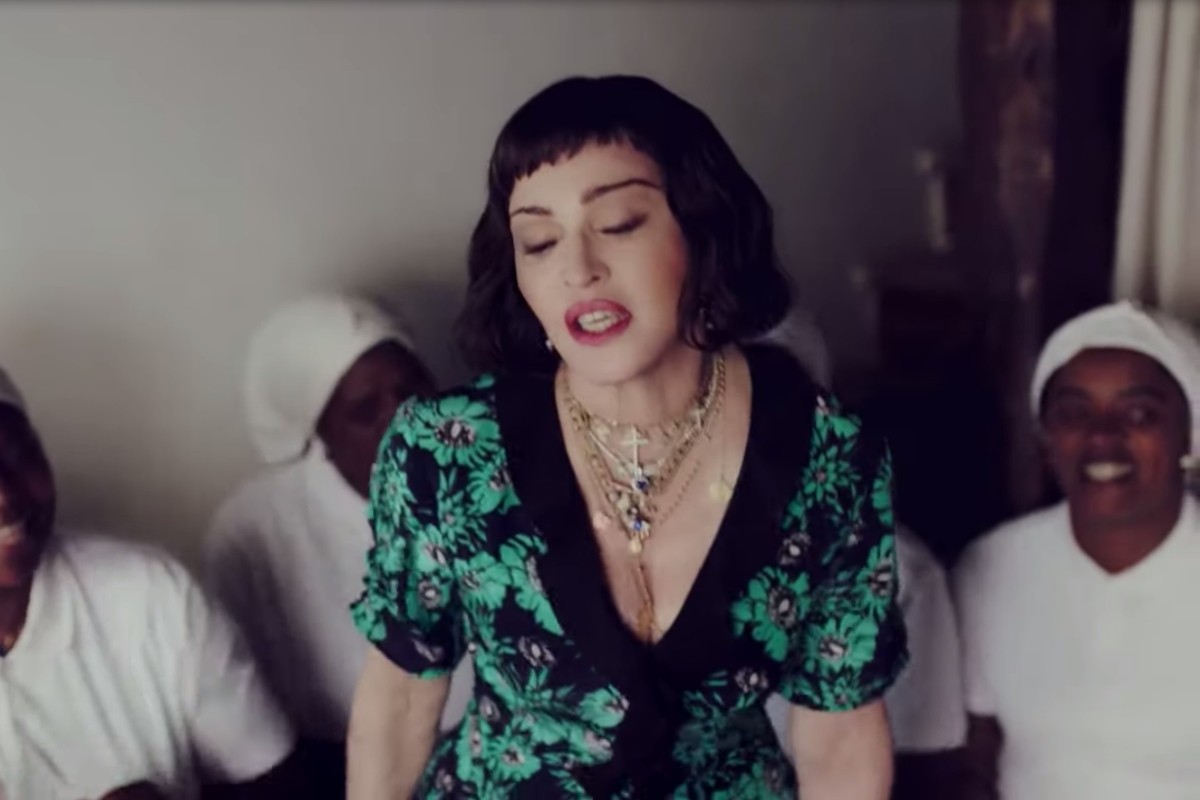 Madonna has released a new video for “Batuka” from her latest album Madame X. Set on an island off the coast of Portugal, where Madonna wrote and recorded much of the LP, the visual highlights the Capa Verdean musical and dance tradition of batuque. It features singing, drumming, and dancing from the all-women Orquestra Batukadeiras, a collection of the genre’s modern purveyors, with whom the pop star recorded the song.

Madonna shared the story behind the track in a statement:

We went to a tiny club in the middle of nowhere and a circle of women were sitting in chairs playing leather drums. The music started and they all took turns singing solos in Creole and dancing. It was so inspiring that I asked if possible, to collaborate with them. They agreed and we ended up in the studio recording “Batuka,” this call-and-response song, live. It was a religious experience, just a total celebration of life.

Watch the singer’s “Batuka” video below.