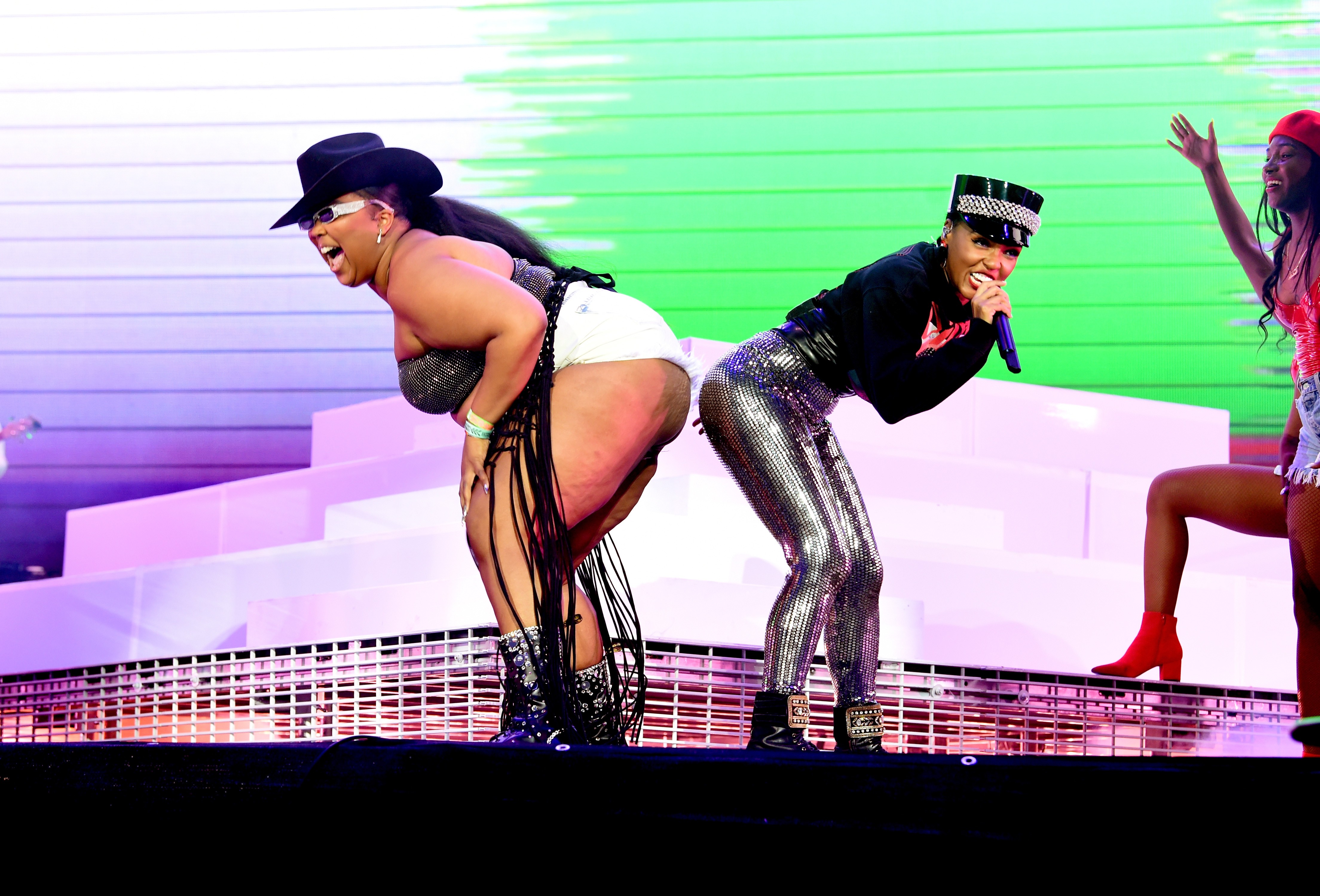 Janelle Monáe performed Friday night as part of Coachella’s first weekend, and during her set, the “Make Me Feel” vocalist brought out Lizzo to dance together on stage. Introducing the vocalist, Monáe asked, “Do you got the juice?” before the two danced along to the beat for Lizzo’s hit “Juice.”

Janelle Monáe’s latest album Dirty Computer was released last year, and was included on our list of the 51 Best Albums of 2018. Since the album’s release, she’s performed on Colbert, announced 2019 tour dates, and inducted Janet Jackson into the Rock and Roll Hall of Fame. Lizzo’s third album Cuz I Love You is scheduled to drop later this month, featuring the singles “Juice,” “Tempo,” and the title track. Back in January, she performed “Juice” on The Ellen Degeneres Show. Watch clips of Lizzo’s Coachella performance with Janelle Monáe below.