ScHoolboy Q Is No. 1 and Beck Isn’t Far Behind

'Oxymoron' and 'Morning Phase' debut in the top 10, and Pharrell's "Happy" stays smiling 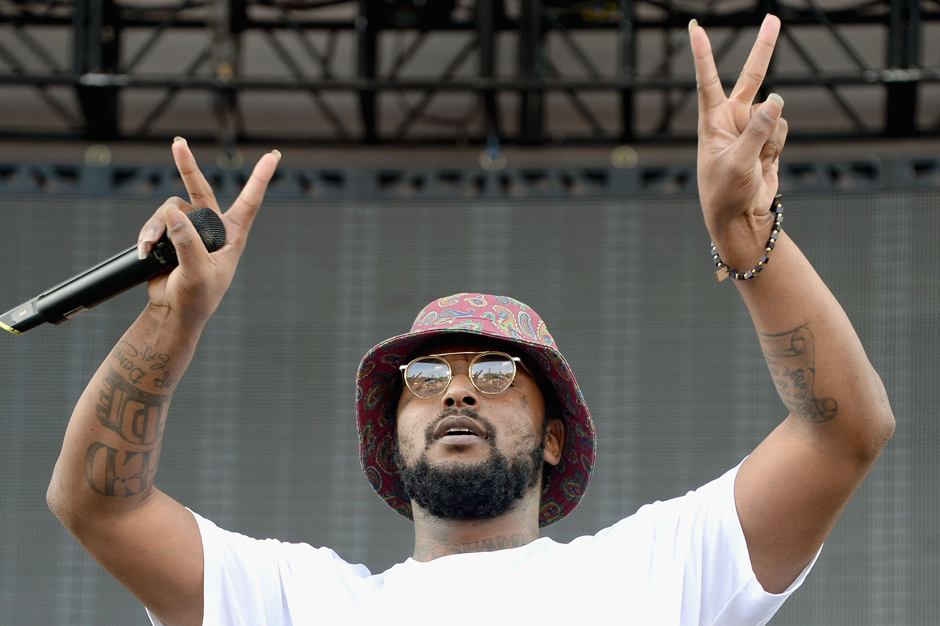 First! In our own Top Dawg Ent. fan-fiction fantasy, Kendrick Lamar and ScHoolboy Q are playfully running the dozens on each other right now. Because although 2012’s truly great good kid, m.A.A.D city sold more than 100,000 more copies than the just-out Oxymoron (139K, according to Billboard), it didn’t have the singular distinction of being a No. 1 album. This week, Q is sitting on the throne thanks in part to a joint deal with Interscope and also due to the ferocity and intrigue projected by tracks like “Break the Bank,” “Collard Greens,” “Banger (MOSHPIT),” and “Hell of a Night.” All of that, and the fact that he’s in league with a time-traveling mad scientist (cross-reference: #hoverbort).

2 to 10: In at No. 2 is the wickedly talented, one and only, Daisies Ferzguson. Er, Disney’s Frozen (we Travoltafied that — thanks Slate). The soundtrack to the Oscar-winning animated feature enjoys a ninth straight week in the top two, slipping a rung but gaining 2 percent in sales (91K). Thrillingly, Beck is in at No. 3 with Morning Phase — his first since 2008’s Modern Guilt and a pretty equivalent seller (87K). In a big week for debuts, Kid Cudi’s Satellite Flight: The Journey to blah-blah-blah landed at No. 4 and sold 87K using the Beyoncé sneak-digital-release, full-album-purchase-only method. Whoops, though, because his last album sold 60K more in its first week (chew on that Indicud).

Latin star Romeo Santos enters at No. 5 with Formula: Vol. 2 (85K), which features en español cameos from Drake and Nicki Minaj. Pearl Jam-covering country man Dierks Bentley nabs No. 6 with Riser (63K), his highest placer and best seller yet. SPIN cover star Eric Church stays in the mix, with The Outsiders slipping five slots to No. 7 (43K). Remember the Fray? Well, they’re back and finding some shine at No. 8 with Helios (37K). The dastardly Now 49 compilation won’t leave at No. 9 (34K), and Beyoncé’s Beyoncé is welcome to stay forever, surfborting its way down to No. 10 (32K).

Clap Along: Why fight what you can’t stop? Don’t worry, be “Happy.” Pharrell may have lost the Best Original Song Academy Award to Adele Dazeem, but he’s got the biggest track in the land for the second week in a row, nabbing No. 1 on the Hot 100 for his Despicable Me 2 entry. The hatted G I R L guy should have no problem maintaining for next week, while Katy Perry’s quasi-controversial “Dark Horse” and Jason Derulo’s “Talk Dirty” battle for No. 2.