Jack White, the Strokes, Vampire Weekend, and Skrillex will be joining OutKast at this year’s Governors Ball Music Festival. Organizers for the annual event, now in its fourth year, announced the 2014 lineup in throwback fashion: By taking out a full-page ad in the New York Times. The three-day showcase, which runs from June 6 through 8, is also set to feature live performances by TV on the Radio, Phoenix, Disclosure, Spoon, and Neko Case. Despite making a mess last year, Governors Ball will return to New York City’s Randall’s Island.

Tickets go on sale Wednesday, January 15 at 3 p.m. EST. Check out the official poster below.

And for a look back at last year’s event, revisit Governors Ball 2013: The 15 Best Things We Saw. 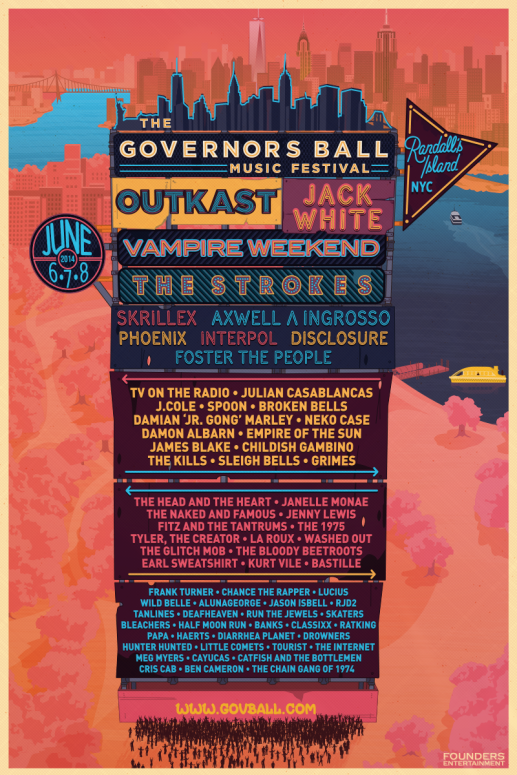