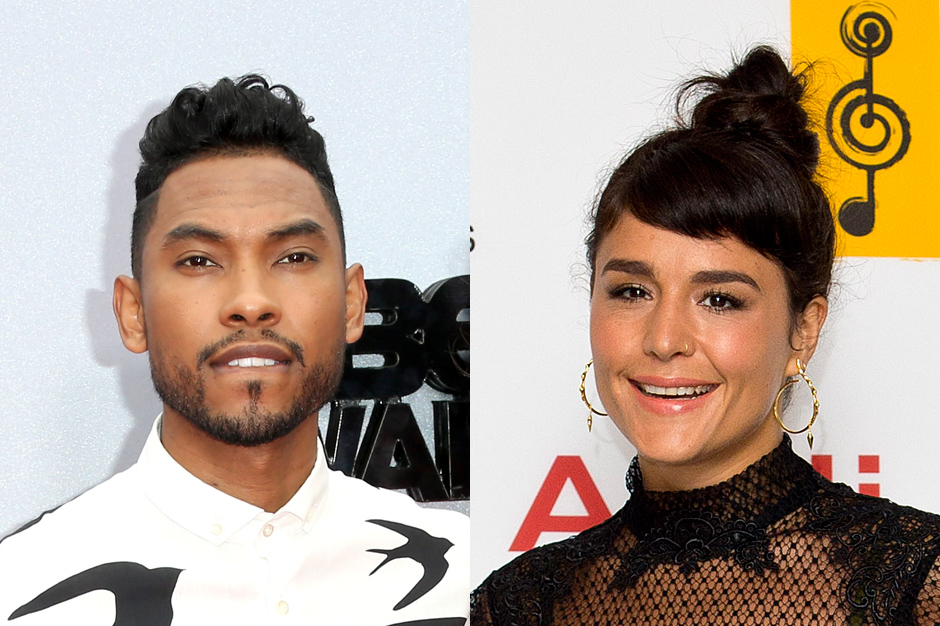 Two of SPIN’s favorite alt-R&B risers of 2012 have come together. London post-dubstep singer Jessie Ware now officially adorns a version of “Adorn” by Los Angeles auteur (and Mariah Carey step-stool) Miguel. Unfortunately, it seems to be an after-the-fact duet — nothing’s noticeably changed about the original single, implying that Ware merely went into the studio and layed down her beautiful oohs and ahhs on top of what was already there. Of course, who could blame her for not wanting to get too close to the man considering his penchant for adorning women’s faces with his flying junk? After all, that’s where lawsuit babies come from. In other collaborative news, Miguel will appear on Janelle Monáe’s new one, The Electric Lady, and A$AP Rocky recently added a superfluous verse to the Mimi team-up “#Beautiful.” Ware recently accompanied Disclosure on Jools Holland to reprise her role on their excellent Settle.