Khyati Shah has had "cognitive difficulties" and may sue 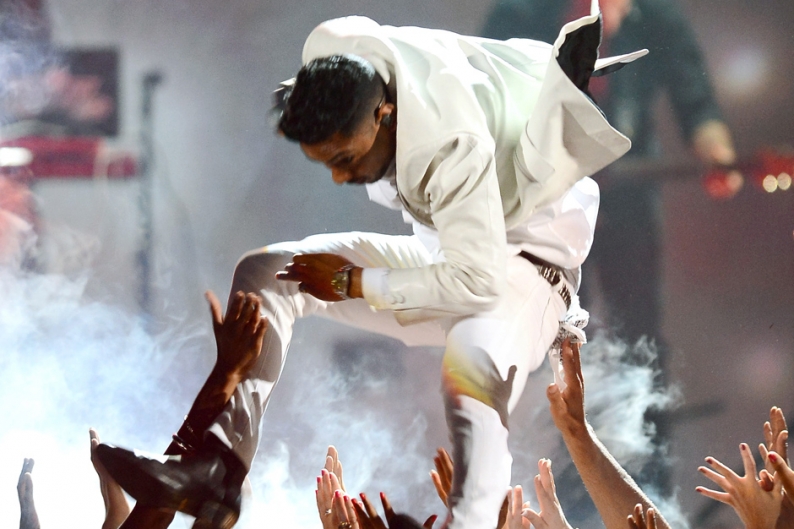 The woman on the receiving end of Miguel’s infamous Billboard Music Awards “leg drop” may have suffered brain damage. This according to Khyati Shah’s attorney Vip Bhola, who made himself known last week when he told E! News that his client has been experiencing “difficulties” since the incident. In a new chat with TMZ, he elaborated: “Some of the difficulties she’s experiencing are cognitive in nature and lead to suspicion of a neurological head injury.”

In a moment that’s been heavily GIF’d since, the singer-producer was performing “Adorn” at the BMAs on May 19 when he attempted to leap from the main stage onto a catwalk-type structure. He barely made it to the second platform, seemingly kicking one woman and landing on top of Shah. Miguel got right back up and finished the song, and appeared on-camera later with his victim for an interview in which she seemed rattled but otherwise alright.

But in speaking to E!, Bhola claimed she was in “shock and starstruck” at the time. He now tells TMZ that he’s disappointed with the show’s organizers for offering Shah an ice pack for her elbow rather than a swift trip to the hospital, and that they expect the results of a neurological examination sometime next week. At that point, they will decide whether to pursue legal action against Miguel and/or Billboard.