Disclosure’s debut album opens with an extended sample swiped from a motivational speaker’s pep talk. Over a rippling, pulsing 2-step beat, a voice bellows, “How do you stay motivated in the midst of everything that’s going on? How do you build your personal momentum, and how do you stay in the zone?” It’s fitting, though, because nobody in dance music better exemplifies the spirit of world-beating self-actualization than plucky brothers Guy and Howard Lawrence, ages 22 and 19, respectively.

Since releasing their first single in 2010, Disclosure have transformed from promising unknowns in a very crowded scene — the legions of eager young laptop producers rising in the wake of ex-dubsteppers turned house revivalists like Joy Orbison and Julio Bashmore — to standard-bearers for a new generation of British stars, boasting two legitimate U.K. Top 10 hits (“White Noise,” “You & Me”) and a third (“Latch”) that went to No. 11. They’ve also helped revive the effervescent vibes of U.K. garage — electronic music’s last great pop-crossover moment, back around the turn of the millennium — without getting bogged down in the kind of retro genuflections and secret handshakes that confine so many of their peers to the trainspotters’ ghetto.

Disclosure’s swinging, skipping grooves may pay homage to artists like MJ Cole and Artful Dodger, but you don’t need to be schooled in subgenre minutiae to appreciate them; they’re likely to connect with casual listeners who don’t even know how to pronounce “U.K. garage” (it’s “gehr-edge,” in case you were wondering). Most importantly, after several years in which pop-dance crossovers have consisted mainly of lunkheaded, literalist paeans to being #indaclub, they’ve proven that radio-friendly dance music can be fun without being vapid. And not just “fun,” but moving, surprising, mischievous, subtle, sexy, and sad all at once, full of insouciant spark and hiccupping contradiction. If anyone is in the zone right now, it’s these guys.

Those three chart-storming successes are all here on Settle, and all turn out to have been smart choices for singles. With the slow, side-to-side triplet groove of “Latch,” the crisp, springy house of “White Noise,” and the dreamy, windswept 2-step of “You & Me,” Disclosure proved themselves equally adept at a range of tempos and rhythmic templates. That’s important: Their best earlier tracks (“Boiling,” “Control,” a remix of Jessie Ware’s “Running”) all hewed to a similar groove, and while they were as lush and hook-filled as you could hope for, it remained to be seen whether they would leap beyond a learners’ curve whose best-case end scenario was a perfect simulacrum of MJ Cole’s 2000 hit “Sincere.” 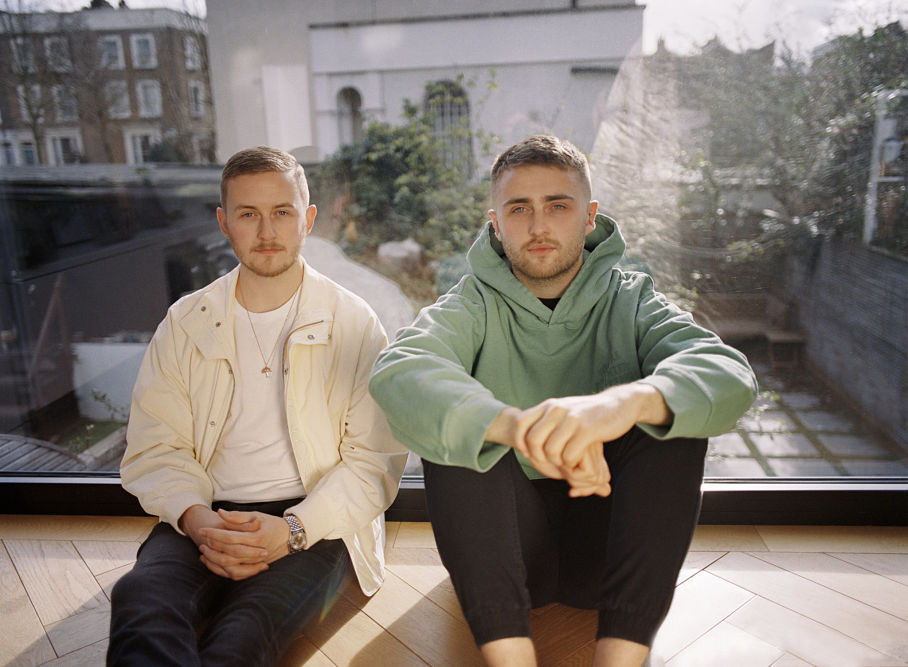 Fortunately, Settle doesn’t settle; each new track finds them testing their own formulas. “Stimulation” is one of the closest things to a pure club banger here, with a buzzing bass line reminiscent of old speed garage and yelping vocals that sound like Basement Jaxx at their most subterranean; slower but equally rousing, “Grab Her” slings a Dilla sample down a funhouse hallway of chromatic bass stepping and drums as cutting as the lid on a freshly opened tin. At the other end of the spectrum, there’s “Help Me Lose My Mind,” an achingly beautiful, slow-motion house number featuring angelic, pining vocals from London Grammar. Between the sensual shuffle, opalescent harmonies, and romantic lyrics (“Could it be easy to start over? / Somehow I will bring you”), it’s pretty much tailor-made to be the last song the DJ plays on the most heartbreakingly perfect night of your life — preferably on a beach in Croatia, staring into the eyes of the love of your life, or at least the next 72 hours of your life.

“Defeated No More” plies a similar tempo and similarly rosy chords; but, in contrast, has “warm-up set” written all over it. Friendly Fires vocalist Ed Macfarlane transmits a sturdy, optimistic warmth, no matter how much his voice is multi-tracked into wispy dissolution; with its pumping, pneumatic groove and grounded pedal tones, “Defeated” is clearly meant as a steadfast emotional foundation for DJs to build an entire night upon. And “Confess to Me” (featuring Jessie Ware) and “January” (co-starring Jamie Woon) fall somewhere in the middle, taking complementary paths to the subwoofer/sunroof sweet spot. The former, with its staccato bass line and glassy, dissonant synthesizers, is all libidinal nervousness — funk at its most nail-biting. Whereas the latter asks what would happen if Robin Thicke got busy in the basement of a London club night where Larry Heard and Kerri Chandler were in heavy rotation.

Disclosure don’t always break out of these self-imposed boxes, relying on the same billowing chords stabs, the kind standardized by 1990s deep house. Employed sparingly, their parallel harmonies create a wonderful frisson — refusing to resolve according to conventional music theory, they feel deliciously wrong. But such tricks are all over the album, the same way they were all over most of the duo’s previous recordings, and by Settle‘s end, they begin to sound much less spine-tingling. “F for You” and “When a Fire Starts to Burn” are both stonking house tracks, with ultra-low bass lines counterbalancing woozy chords and whip-cracking drum patterns, but there’s something pro forma about them. It might have something to do with the voices they use. “Burn” is all gruff shouts; “F for You,” while smoother, still has a particularly masculine energy to its breathy come-ons and kiss-offs. The brothers get more expressive range out of vocals by female singers or, as in the case of Macfarlane and Woon, men with a killer falsettos. Someone really ought to hook these guys up with Usher.

Or maybe not. Because Disclosure seem to have a knack for working with vocalists who aren’t more famous than they are. They don’t rely on the singer’s personality to bring life to the music; their vocalists are generally expressive, but they’re also sort of anonymous. Nobody’s going to hear one of these tracks on the radio and say, “My god, that’s Ed Macfarlane!” It’s a refreshing change from the way dance-pop crossovers tend to be made, as with, say, Calvin Harris and his long line of A&R-approved collaborators: Kelis, Rihanna, Ellie Goulding, Tinie Tempah, Dizzie Rascal, Ne-Yo, Florence Welch. Settle‘s highlights aren’t meant to be star turns. The self-effacing brothers aren’t upstaged by their guests, but they don’t bury them in the mix, either. At least on the best tracks, they meet them halfway, deep in the zone, where the bass line beckons, the disco ball throws off a dizzy light, and everything else is just window dressing.