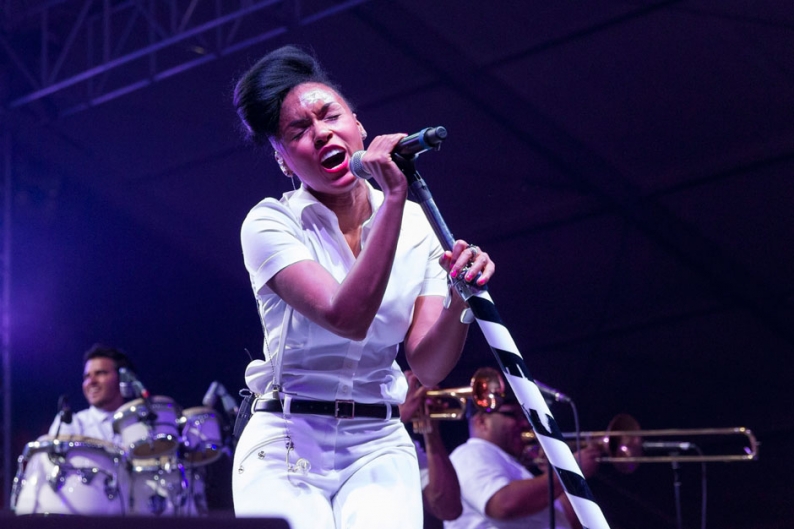 The guest list for Janelle Monáe’s upcoming second album is looking pretty stacked. We’ve already heard Erykah Badu punch up “Q.U.E.E.N.,” the lead single from The Electric Lady. Now comes word (via Billboard) that the follow-up to 2010’s The ArchAndroid will also feature appearances from Prince and Miguel.

Regarding the Purple One (who turned 55 years old today), Monáe said, “We are great friends, and he is a mentor to us, to me.” She continued, “It’s a beautiful thing to have a friend — someone who cares about your career, and wants to see you go far and to push boundaries and shake up the world — give whatever they possibly can to the cause.” Sure, Prince seems like a great friend now — just wait till you lend him an instrument.

Still, personal quirks and questionable manners aside, Prince remains a legend, something Monáe doesn’t take lightly. “I had a chance to produce an icon,” she said. “It’s not every day that he collaborates. I’m honored and humbled that he trusted me. He is forever my friend, and I am forever indebted. I can’t say too much else about it.”

The sci-fi soul singer didn’t share the title of her Prince collaboration, but did offer some details on her team-up with Miguel. According to Billboard, the “#Beautiful” crooner duets with Monáe on a “glimmering” track called “Primetime,” which slips the “ooh” section of the Pixies’ “Where Is My Mind?” over a spare funk beat.

The Electric Lady is due out in September, which suddenly can’t come soon enough.