The Death and Resurrection of Conscious Rap Pt.1

Home » News » The Death and Resurrection of Conscious Rap Pt.1

“I mean, he is — within the genre of hip-hop and rap, he is what’s known as a ‘conscience rapper,’ or a ‘conscious rapper,’ rather. And I would quote a report just six months ago from Fox News where he was described as a rap legend and quote, ‘Your music is very positive and you’re known as the conscious rapper. How important is that to you, and how important do you think that is to our kids?'”

That’s Obama press secretary Jay Carney a few weeks ago, addressing the Fox News-fueled controversy over Common performing poetry at the White House. Though the whole debacle was pretty deplorable, it was something of a minor victory for underground hip-hop (defended by the Obama administration, hated by the GOP), and a baby step in the right direction for hip-hop in general, as we witnessed the parsing of a subgenre on the national political stage.

The Common incident also serves as a handy introduction to this column’s three-part series tracing the knotty rise and demise of politically engaged hip-hop, often saddled with the label “conscious rap,” as well as a recent rebirth of sorts, thanks to the Internet’s enabling of micro-scenes all across the country. 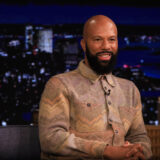 Common Making Broadway Debut in Between Riverside and Crazy

Check out ‘The Death and Resurrection Of Conscious Rap, Pt. 2’ here

Though rap music has had its socially and politically aware side from its inception, the term is most frequently applied to artists of the late 1980s, like Public Enemy and Boogie Down Productions, or early-’90s innovators like A Tribe Called Quest and others (Digable Planets, Arrested Development). But the focus here is on the underground movement that hit critical mass from 1996 forward, just as hip-hop started to become the mainstream.

Rappers as disparate as Common, Mos Def and Talib Kweli (collectively Black Star), Company Flow, Blackalicious, the Roots, Jurassic 5, the Coup, and yes, believe it or not, an early incarnation of the Black Eyed Peas, seemingly merged into a clump of what came to be termed “alternative rap”; all supposedly were doing battle with the shiny suits and corny sampling of Puff Daddy, who was in the process of overtaking “the culture.” At least that’s the conventional narrative. The real story is a more complex.

It Was Written was far more glossy than Nas’ 1994 classic Illmatic, as the Queens rapper investigated a “Nas Escobar” kingpin persona. The single “If I Ruled The World (Imagine That)” was produced by The Trackmasters (as was much of the album), and brashly sampled the Kurtis Blow song of the same name. Stakes Is High was a critique of rap’s ongoing commercialization, featuring guest appearances from Common and Mos Def, and a lead single produced by the late J. Dilla.

“If you followed Stakes Is High, you still paid attention to what was going on [in the mainstream] because you had no choice, it was in your face,” explained 9th Wonder, “but Stakes Is High led to you knowing who Dilla was and so on and so forth…and that was really when the whole underground [began].”

That two opposing hip-hop factions could be represented by De La Soul and Nas is pretty unthinkable these days, and is perhaps a sign that, well, the stakes weren’t actually that high, and that this radical shift in rap’s priorities is something of a myth.

Also released in 1996 was the Fugees’ emotive, knowledgeable The Score. By 1997, Puff Daddy’s No Way Out was casting its Benjamin-clutching shadow and The Score had sold six million copies. No Way Out, unabashed pop-rap when it dropped in the wake of Biggie’s murder, sounds downright traditionalist by today’s standards. Someone like Kanye West, whose roots were no doubt in the “conscious rap” movement, is a combination of Pete Rock’s East Coast rap artistry, Dilla’s sample slicing, and Puffy’s widescreen vision for producing a soul beat. If anything, the ascent of Bad Boy was simply the beginning of the end for traditionalist, street hip-hop, first signaled by the deaths of Biggie and Tupac Shakur. In just a few years, Southern rap, would begin to dominate the radio and be blamed for dumbing down the genre into nothing but novelty songs and strip-club anthems. Continue reading ‘The Death and Resurrection of Conscious Rap Pt. 1’ on page 2 >>

Another change in the rap landscape came about through the Telecommunications Act of 1996. Like all fancy government documents, it’s a confusing read, but the Act’s primary intent was to increase competition and avoid monopolization. It did this, rather moronically, through deregulation.Boston-based writer Dart Adams, of the websites Bloggerhouse and Bastard Swordsman, has spent a great deal of time tracing the legislation’s effect on hip-hop plurality.

Adams explained to me last week that the Act basically allowed corporations to “buy up as many independently owned radio stations as they wanted with no restrictions.” As a result, the resources began to dwindle for smaller independent labels and they just couldn’t compete with major label behemoths: “Before the Telecom Act was signed, individual stations would play more regional and indie music.” To this day, even the most bottom-line fan can’t help but wish there was a bit more balance to radio playlists.

Of course, hip-hop was also an increasingly dominant pop-cultural force. Ben Westhoff’s new book, Dirty South, which chronicles Southern rap’s takeover of the aughts, acknowledges hip-hop’s veterans’ conflicted feelings over rap’s rise into a mainstream institution. He cites KRS-One (who, on the 1993 song “Outta Here” declared that he and Public Enemy “set off consciousness in rap”) simultaneously praising and scolding Def Jam for turning hip-hop into a worldwide phenomenon.

While one can sympathize with KRS-One’s and others’ frustration, their position is ultimately untenable. Of course, hip-hop was more audacious when it was relegated to a bunch of New York boroughs and a few cities in California — it could afford to be. The complaint reminds me of political idealists who bemoan the fact that the whole country can’t be run like Vermont, or cite some small European country’s policy as a viable option for the massive United States. Rap simply got too big to be easily governed, but what was certainly lost were many traditions and the vetting that once made it so vital and rarefied.

Frustrated rappers have always been part of the hip-hop landscape, though. The most telling example of this indefatigable frustration with hip-hop is evidenced by Common’s “I Used To Love H.E.R.,” off his 1994 album Resurrection. Common’s sophomore album, for my money, trumps Illmatic, but is sidetracked by “I Used To Love H.E.R.” which responds to gangsta rap’s rise as if it were a betrayal by the most important person in his life. Common was bringing the kind of insider conversation that rap fans were having amongst themselves onto the radio and that was both touching and frustrating: Common was mad at where hip-hop was going in 1994, perhaps the most fruitful year for the genre ever (Illmatic, Biggie’s Ready To Die, Gang Starr’s Hard To Earn) Method Man’s Tical to name a few). The song is telling in that it highlights the biggest flaw of conscious rap: It is a genre fueled by dissatisfaction, and is often defined by what it isn’t rather than what it is.

Jeff Chang’s Can’t Stop Won’t Stop, subtitled “a history of the hip-hop generation,” charts the late-’90s rise of rap as a corporate entity, suggesting “conscious rap” was simply a “defanged” version of “political rap” that had been retooled to fit “an alternative hip-hop lifestyle.” Chang continues: “The niche of ‘conscious rapper’ might be industry shorthand for reaching a certain market — say, college-educated, iPod-rocking, Northface backpacking, vegan hip-hop fans.” The rappers themselves were guilting of narrowcasting too.

The overt branding of conscious rap did make it a viable scene, and like all practitioners of an emerging brand, many conscious rappers played fast and loose with reality to fit their sloganeering. That hip-hop was both transforming and dying out at the same time didn’t actually have to be true, it just had to sound plausible and provide a cause for people to rally behind. But not every artist got caught in this trap. After the Fugees’ success with The Score, Lauryn Hill released The Miseducation Of Lauryn Hill in 1998, going gold within a month and eventually winning five Grammys. Also in ’98, Outkast released Aquemini, which showed Andre 3000 and Big Boi taking a giant step forward in their ascent as rap’s creative visionaries (at least until Kanye West took over).

Andre 3000 even addressed the simplistic with-us-or-against-us mentality on Aquemini‘s title track: “Is every nigga with dreads for the cause? / Is every nigga with golds for the fall? Naw.” You couldn’t name two more “conscious” albums than Hill’s universalist/feminist solo debut and Outkast’s humane, enlightened Aquemini. While both were, perhaps, exceptions to the rule in terms of substantive hip-hop moving serious units, they also revealed the reflexively oppositional conscious rap movement as pretty absurd. Both albums made a case that hip-hop as a whole was doing just fine in the late 1990s.

Next week, in part two, I’ll discuss the burden of being aconscious rap superstar, the South’s role in supposedly “killing” hip-hop and then keeping the entire genre float, the arrival of contrarian conscious artists Kanye West and Little Brother, and the Internet’s role in changing and then reinvigorating conscious rap.