On the 13th anniversary of his murder, SPIN revisits our award-winning 1998 articles on the rapper born Christopher Wallace. 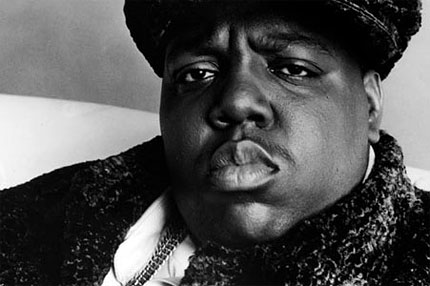 13 years ago — on March 9, 1997 — Brooklyn-bred rapper the Notorious B.I.G., a.k.a. Christopher Wallace, was gunned down at a traffic light in Los Angeles as he left an after party for the 11th Annual Soul Train Music Awards. Two weeks later Wallace’s second album, Life After Death, was released and hit No. 1 on the Billboard Charts, solidifying his place as one of rap’s greatest artists.

In SPIN’s January 1998 issue, senior editor Charles Aaron and senior associate editor Sia Michel wrote moving remembrances of Wallace, examining his music, life, influence, and what exactly happened in the early hours of March 9, 1997. The articles — which together won the ASCAP Deems-Taylor Award for music writing — are available below in their full, original text.

Leave your thoughts, memories, and tributes in the comment section below.

See 25 years of SPIN back issues on Google Books.

Here Are Magazine Scans of That Infamous Notorious B.I.G. Interview