When are reunion shows not just about a nostalgic dollar day? When the music and message still have the same vibrant snap of relevance that they did before the artist cashed out. And throughout the first of two sold-out shows this past Saturday night at New York’s Nokia Theatre Times Square, Mos Def and Talib Kweli’s homecoming as the duo Black Star intermittently flickered with that potential to shine anew.

It was a sketchy, lengthy prelude to the headliners, however. Black Violin — a mildly entertaining Miami quartet featuring two violinists, a DJ, and live drummer — drew chuckles and winces when they announced: “We got a VitaminWater commercial out with Kobe and Lebron and we’re gonna play you a track from that.”

88 Keys followed, and the producer of Black Star’s “Thieves in the Night” (plus other Kweli and Mos Def tracks) bombed mightily with his horny-nerd shtick, flailing around in thick glasses and suit and tie, at one point resorting to a goofy Kanye West impression, mouthing Yeezy’s trite lyrics on the Keys track “Stay Up! (Viagra)” in an unsuccessful effort to quell the boos. 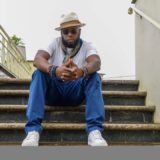 But finally, when Kweli and Mos Def emerged, and the former’s passionately upright entreaties and the latter’s charmingly poetic invective found a collective sweet spot, their reprised 1998 dissent in the Age of Diddy Decadence didn’t feel dated at all. Especially on set closer, “Respiration,” with its “breathe in/breathe out” depiction of the City as a living organism possibly heaving its last, the twosome could’ve been snatching bars straight from the morning news wire.

“This ain’t no time where the usual is suitable,” intoned Mos Def. “Tonight alive, let’s describe the inscrutable / The indisputable, we New York the narcotic / Strength in metal and fiber optics / Where mercenaries is paid to trade hot stock tips / For profits, thirsty criminals take pockets / Hard knuckles on the second hands of working-class watches / Skyscrapers is colossus, the cost of living is preposterous / Stay alive, you play or die, no options / No Batman and Robin, can’t tell between / The cops and the robbers, they both partners, they all heartless.”

It’s still startling to hear a skilled MC command an audience with such clear-eyed despair and make it sound so energizing. It could’ve helped that he was sporting a purple golf shirt, brown leather MCM visor, and ludicrously multi-colored Coogi shorts! Dude looked like a teenaged Tiger Woods trying to crash a Juice Crew cookout.

Which is to say that Black Star’s appeal, during the pairing’s brief late-’90s existence, was not just what they weren’t — gangstas, playas, blah blah. It was what they added to hip-hop’s rather bloated cipher. They brought an aggrieved yet witty, historically attuned but fresh point of view that shifted the focus, made you look hard at the culture’s sprawling commercial overthrow from different angles; you might not have shared their “third eye vision,” but you viscerally felt their commitment to giving hip-hop’s yacht-rockin’ bacchanal, especially in the wake of Tupac and Biggie’s deaths, a deeper dimension. And it wasn’t like musical cod liver oil. The snares ricocheted amid luminously moody soundscapes (mostly via producer Hi-Tek), the throwback chants and asides and riffs on BDP, Slick Rick, Brand Nubian, and others, resonated with infectious humor, and the bass lines resounded “like an ancient mating call.”

As Mos Def said at the Nokia: “This shit is fun.”

Still, though their music has a transcendent, timeless quality, they were just as bound to the ’98 moment as Lauryn Hill or Jay-Z or Gang Starr or Juvenile or Big Pun. That’s what was so vital about the group — it felt like they were responding to events on the ground. They were talking about the death and destruction that inevitably comes with fast money and success, particularly amongst people who’ve been dispossessed and oppressed. They embraced love that felt intimate and potentially long-lasting, and didn’t just save it for a threat or eulogy. They were young and black and pissed and worried and trying to figure out how this music that was so revelatory and euphoric could spiral off in so many dubious directions.

Yeah, they were “conscious,” in the sense that they were paying attention to what the fuck was going on in the world! In fact, on the morning of the show, when I read about the mistaken shooting of off-duty African-American police officer Omar Edwards in East Harlem by a white fellow officer, I wondered for a minute whether Kweli or Mos Def would address the incident onstage. Part of me hoped they wouldn’t, since it was such a still-confused, tragic situation that didn’t need to be politicized (thanks, Charlie Rangel). But the fact that I thought they might was actually startling. What other major hip-hop artist, who could sell out a large Manhattan venue, would consider commenting, at least in real time, before it became an activist cause celebre. Um, well…Nas, Black Thought? Doubtful.

Regardless, they didn’t comment, and as the show moved on, my thought that they might felt a little naïve. There was a slightly uncertain, disconnected flow to the night, as if everybody was dancing around the question: What does it mean for Black Star to exist in 2009? What’s their purpose? Because if there’s not a purpose, beyond nostalgia, then the power of what they represented, and still represent, will fade. Especially if they’re gonna play soulless tourist holding tanks like the Nokia. It was cool they sprinkled in songs from each other’s solo records — Mos Def’s “Hip Hop,” “Brooklyn,” and “Umi Says”; Kweli’s “Get By” and “Move Something” — but it also encouraged the feeling that some of the songs from Mos Def and Talib Kweli Are Black Star couldn’t make the trip intact across the decade-plus without losing some punch. A shout to Michelle Obama after “Brown Skin Lady” seemed perfunctory.

A glimpse forward came when they performed “History” from Mos Def’s new album The Ecstatic. Over a playfully tangled blues guitar lick, the two MCs tried to wrestle with this very topic, at least as a glancing, don’t-call-it-comeback point of order. But the crowd, unfamiliar with the material, seemed restless, so Mos Def turned to guest DJ J-Rocc from the Beat Junkies and asked him to kill the music. And he redelivered the opening verses a cappella. It wasn’t his most immediately profound poetry, but the rowdy crowd became rapt, anxious to bestow the lyrics with meaning.

Even now, 11 years after the fact, Black Star at least make you wanna believe like no other metropolitician(s) this side of 1600 Pennsylvania Ave.

mos def, Talib Kweli, We Were There