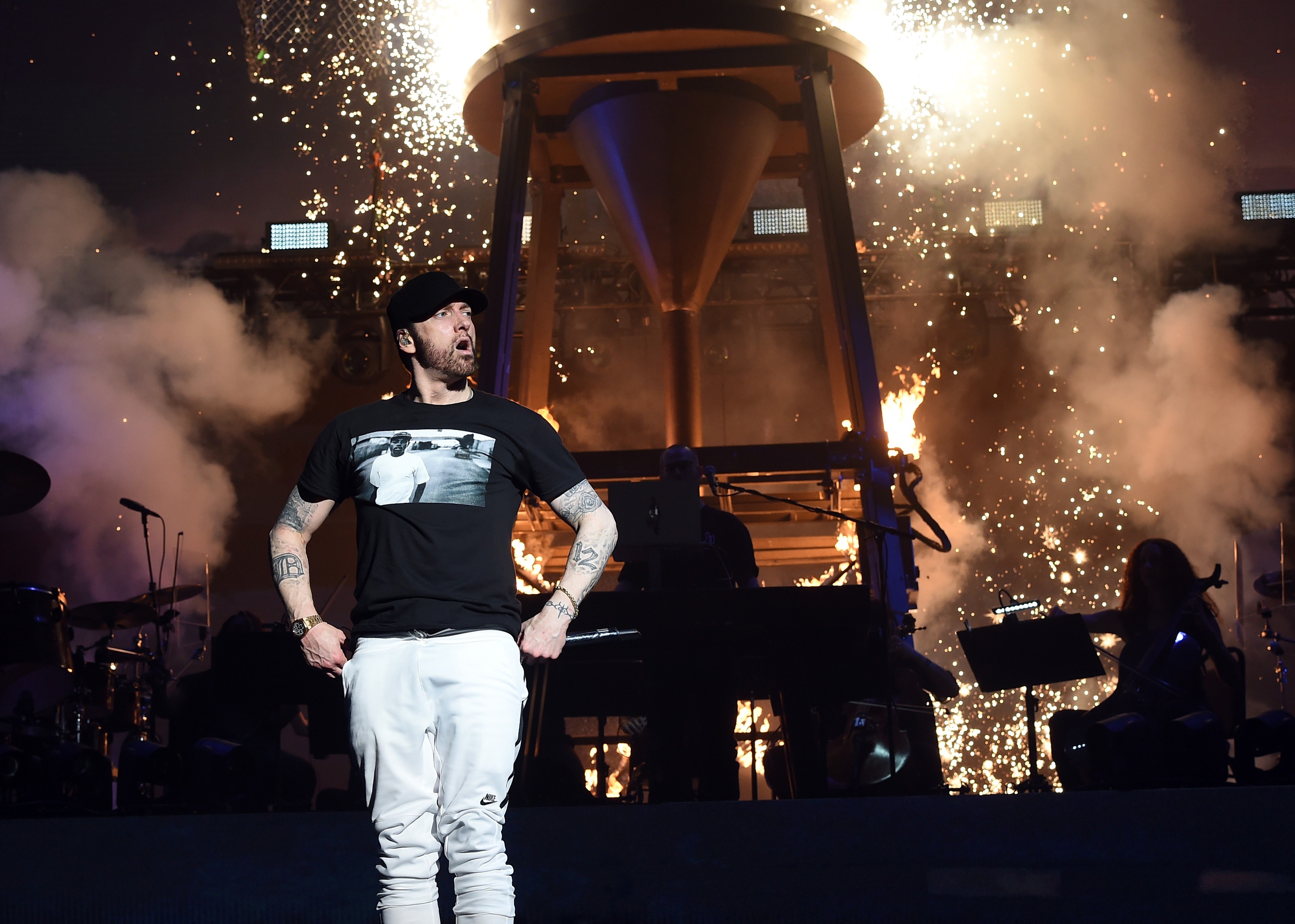 Eminem headlined Coachella’s final night on Sunday, performing a string of hits from his two-decade career. His set featured a number of high-profile guest appearances, too. His mentor and label head Dr. Dre joined him for the 2001 classics “Still D.R.E,” “Forgot About Dre,” 2Pac/Dre’s collaboration “California Love,” and The Chronic’s “Nuthin’ But a G Thang” (during which Eminem rapped Snoop Dogg’s verse). Em’s protégé 50 Cent joined him onstage to perform a medley featuring “In Da Club,” “I Get Money,” “Patiently Waiting,” and “Crack a Bottle.” Skylar Grey also joined the rapper for a number of songs, including “Stan,” while Bebe Rexha showed up for a guest spot on “The Monster.” Beyoncé, who appeared on Eminem’s single “Walk on Water” and headlined the previous night of Coachella, was nowhere to be found.

Eminem released his newest album Revival last December and has announced a 2018 European tour and headlining appearances at Bonnaroo and New York’s Governor’s Ball. He previously took the stage at last month’s iHeartMusic Awards, where he attacked the NRA during a performance of “Nowhere Fast.” (The response to that performance song prompted him to release an extended mix of “Nowhere Fast” that included the criticism.)

Watch clips from his performance, which was not officially streamed by Coachella, below.