"We hugged privately. We didn't whore it out. It was genuine." 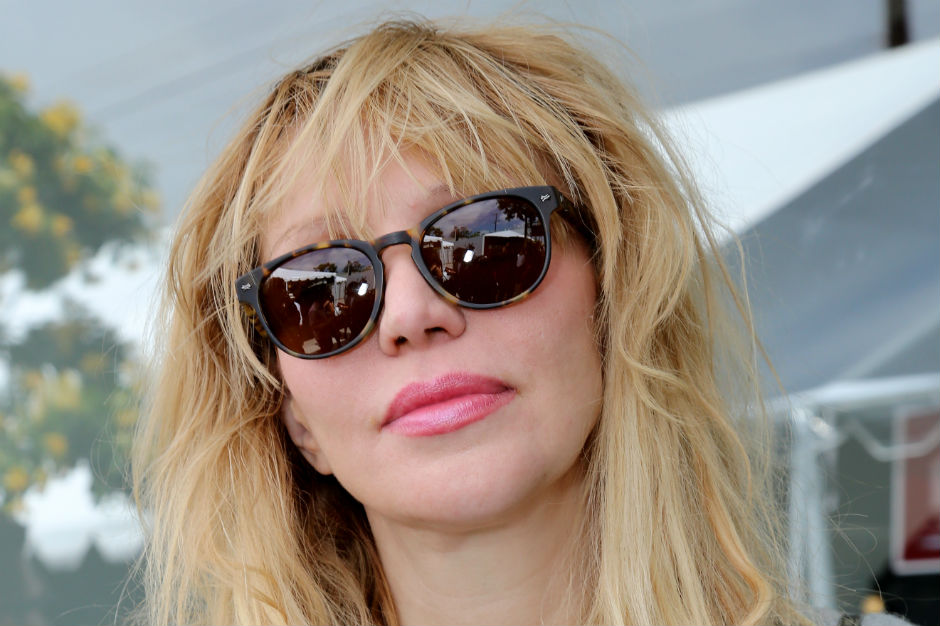 The Nirvana portion of the Rock and Roll Hall of Fame induction ceremony was easily the best part of the night, as Courtney Love made peace with her late husband’s bandmates before they took the stage with Joan Jett, Kim Gordon, St. Vincent, and Lorde filling in for Kurt Cobain. Of course, Love will always have to deal with haters — especially anyone who took pleasure in that recently released note from Cobain about their wedding vows — but at least she’s on better terms with Dave Grohl and Krist Novoselic.

Now, in a lengthy interview with Pitchfork, Love opened up about that onstage moment, as well as what happened behind the scenes at the ceremony. “On my way to the bathroom, I saw Grohl, and Grohl saw me, and he came up to me first — which really pissed me off, because I was going to go up to him first. [Laughs] I wanted to beat him to the punch,” she said. “I was like, ‘All right, no matter what happens, we’re not going to be bitches.’ That was my attitude going in, and obviously his. Not much else needs to be said. We just both knew it was time to let it go, and we were ready to do it.”

She went on: “It’s been 20 years — we didn’t even talk at the funeral. None of us. And so, 20 years of me getting Yoko-bashed, and Dave bashing, and me bashing and making it worse, all that shit. The legal stuff, the trial. We just buried it. It was really deep. It brings tears to my eyes to even talk about it. There were certain lawyers who called me tearfully and said it was the most moving moment of the night. There were some hecklers who booed me, which was weird and off and scary. I ignored it. I just looked at who was on stage and was like, ‘Ah, fuck it.'”

Love also acknowledged that she hadn’t been fully on board with the idea of four women performing Nirvana songs with the surviving members of the band, but ended up really enjoying the set. “Initially, I thought it was sexist, and a little bit ghettoizing. But then I was like, ‘No, Kurt would have loved this.’ And there’s reality to it. Apparently, no high-profile dudes wanted to do it. It’s interesting, isn’t it? I mean, I don’t know where Lorde is going. I like the St. Vincent girl a lot — I looked at some of her YouTubes and I like her look, her attitude, her whole thing. She was pretty cool, especially for being as nervous as she probably was. But I am telling you — the Kim Gordon moment was so punk. Kim gave the punkest performance, the one that Kurt would’ve approved of the most. It was the punkest thing the Rock and Roll Hall of Fame has ever seen. I was really proud of that.”

And with all the public fights over Nirvana money and the use of Cobain’s songs and image, it seems Love is really ready to let bygones be bygones. “I went to the afterparty and, at that point, I was emotionally drained. There were people in the room who have stolen vast amounts of money from me. I couldn’t have given a shit; I just let it go. Grohl said something good while skirting around the issue of us slamming each other for 20 years: It was just our way of dealing with the carnage we had to deal with. Someone suggested we go into the press room and hug it out, but I was like, ‘What? Nooo.’ We hugged privately. We didn’t whore it out. It was genuine. I had this long speech, which I worked my ass off on, and then I saw it on the teleprompter, and was just like, ‘Don’t even bother, just get this over with and bury the hatchet.’ It wasn’t going to make great television, in terms of oration.”

Check out the full interview for Love’s musings on the possible Hole reunion, Jared Leto, her new songs, and the 20th anniversary of Live Through This.