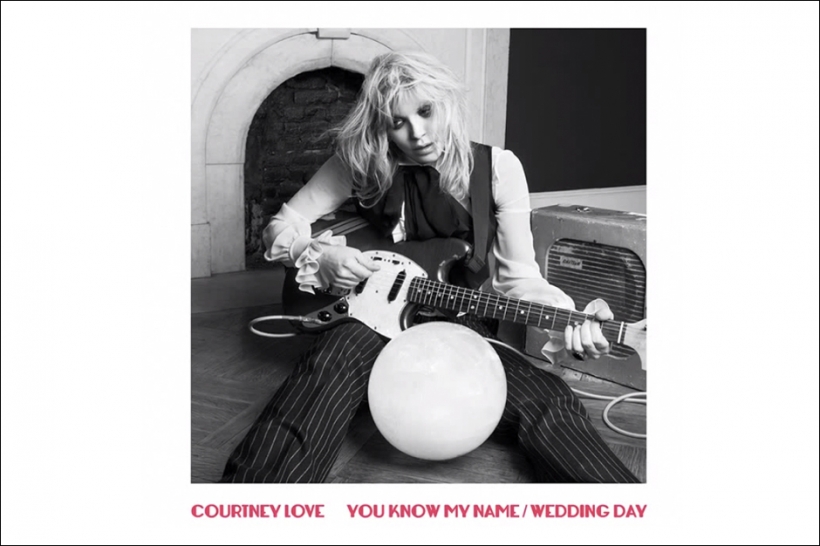 Courtney Love has been keeping us on our toes of late, and with music (!) no less. After teasing then backpedaling on a true Hole reunion, she released a ripper of a solo track dubbed “You Know My Name,” and then shared a brief video and some photos from the set of a new music video directed by Maximilla Lukacs. now we can hear the song that’s expected to get that visual treatment: “Wedding Day.” A curdled bowl of snarled vocals, grinding guitar, and pounding rhythm, the track is expected to be featured on Love’s forthcoming solo album, Died Blonde — assuming there’s still an album planned, and that’s still the tentative title. Regardless, she sounds plenty authoritative in the here and now: “Do you think you can understand / What it takes just to be a man? Get out, get out, get out, get out of my bed.” Unsurprisingly, no saxophones to be heard.

Both new songs arrive May 4 digitally, and May 26 as a double-A-side pink vinyl single.