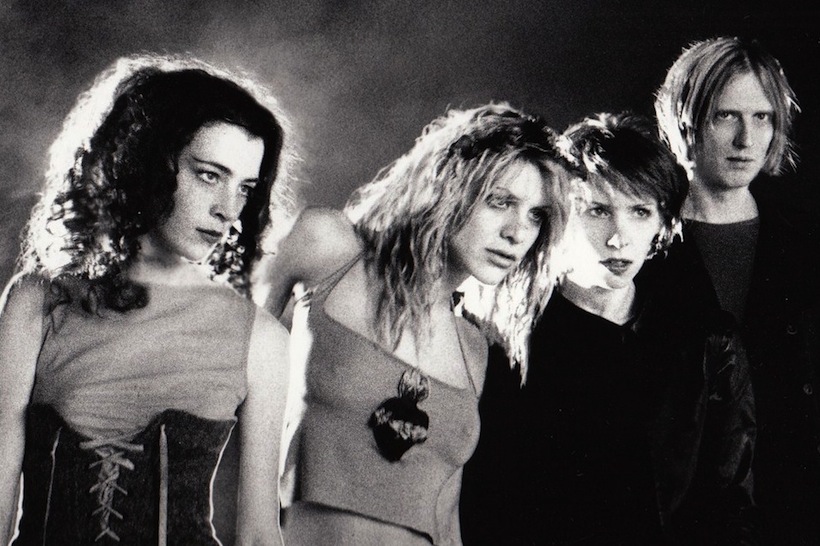 A proper Hole reunion is underway. Late last year, Courtney Love hinted at the possibility, tweeting a photo of herself with the band’s founding guitarist Eric Erlandson. Now Love has confirmed that she, Erlandson, Melissa Auf Der Maur, and Patty Schemel have been practicing together, reuniting a lineup that broke up in 2002.

“I started playing with Patty and Melissa and Eric, just to see how that was,” Love told The Quietus late on April 1. “We already played like three or four times in the last week.” Her previously teased solo single, “Wedding Day,” is reportedly due ahead a Love’s U.K. tour in May.

According to The Quietus, Love and the reunited Hole are working on a new music. Their last album together was 1998’s Celebrity Skin. Love was the only Hole member returning for the band’s nominal 2010 album Nobody’s Daughter (check out Love’s March 2010 SPIN cover story).

Elsewhere, Love has brought new life to the idea of a Kurt Cobain musical, and photos of an apartment she shared with her late husband recently surfaced online. When not searching for Daniel Tosh’s genitals or Malaysian Airlines Flight 370, she recently starred in a Fall Out Boy video.