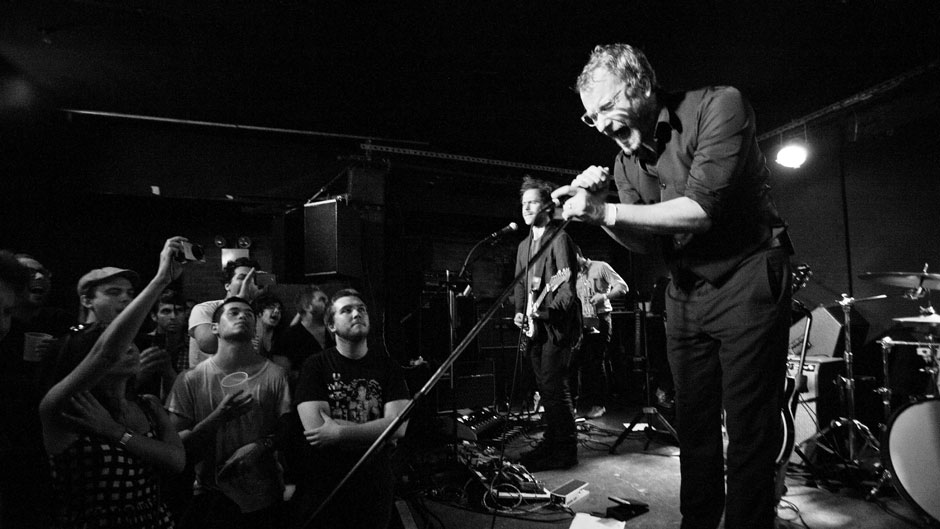 Saturday Night Live has been off the air in recent weeks thanks to the Pussy Riot Olympics — shame on you if you spent your weekend evenings mistakenly laughing at figure skaters’ missed salchows — but its alumni have been moving on up. Jimmy Fallon’s turn on The Tonight Show has impressed so far, and Seth Meyers made his Fred Armisen-backed Late Night debut just last night. SNL already confirmed Beck as the musical guest for its March 1 episode, with host Jim Parsons, and now we know the Morning Phase mellow gold miner will be followed by another highly estimable act.

Not-your-dad’s-dad-rockers the National will perform as the musical guest on the March 8 episode of SNL, the venerable NBC institution announced today. The episode’s host, HBO’s Girls star Lena Dunham, has some solid music-based credentials, too, considering her show had already memorably spotlighted songs by Robyn and Icona Pop before a third season showcasing new tracks from Miguel, the ubiquitous Beck, and Jenny Lewis. Both Dunham and the Brooklyn band will be making their first SNL appearances.

The National recently shared an elegantly romantic video for “I Need My Girl,” from 2013’s Trouble Will Find Me, and guitarist Bryce Dessner is collaborating with Radiohead’s Jonny Greenwood on a March 3 classical-music release. A Kendrick Lamar-style SNL cameo is unlikely, but in the meantime, keep practicing those at-home triple lutzes.