'Portlandia' star will lead the ensemble that will replace the Roots 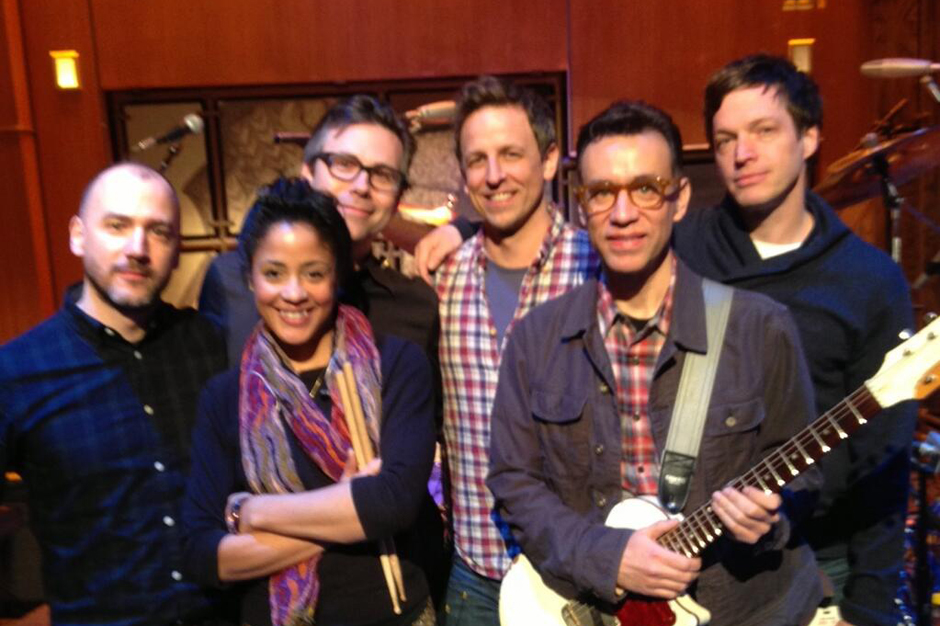 Jimmy Fallon raised the talk-show-house-bands bar incredibly high when he brought the Roots to NBC’s Late Night. ?uestlove and co. will accompany the man as he takes over Jay Leno’s Tonight Show, which leaves a gaping ensemble-shaped hole behind, of course. But Saturday Night Live alum Seth Meyers has got a plan: He’s making Fred Armisen his bandleader when he takes over Late Night on February 24.

As Vulture points out, Meyers shared a photo of his players on Twitter today (above). Les Savy Fav members Seth Jabour and Syd Butler will join on guitar and bass, respectively. Keys will be handled by Girls Against Boys’ Eli Janney, and drums by session player Kimberly Thompson (Beyoncé, Kanye West). “Fred will curate and lead the band, and continue to run it even when he’s off shooting Portlandia,” Meyers wrote.

His posts were accompanied by the “#8GBand” hashtag — the group will be named after the 30 Rockefeller Center studio that plays host to Late Night. Fallon has already revealed that his inaugural slate of Tonight musical guests will include Justin Timberlake (duh), Lady Gaga, U2, and Arcade Fire among others. Late Night also recently rounded up the outgoing host’s greatest music-related sketches, which included nods to Neil Young, David Bowie, and Eddie Vedder.