M.I.A. Threatens to Leekx ‘Matangi,’ and Then It Gets a Release Date

'MAYA' follow-up is due out November 5 via Interscope 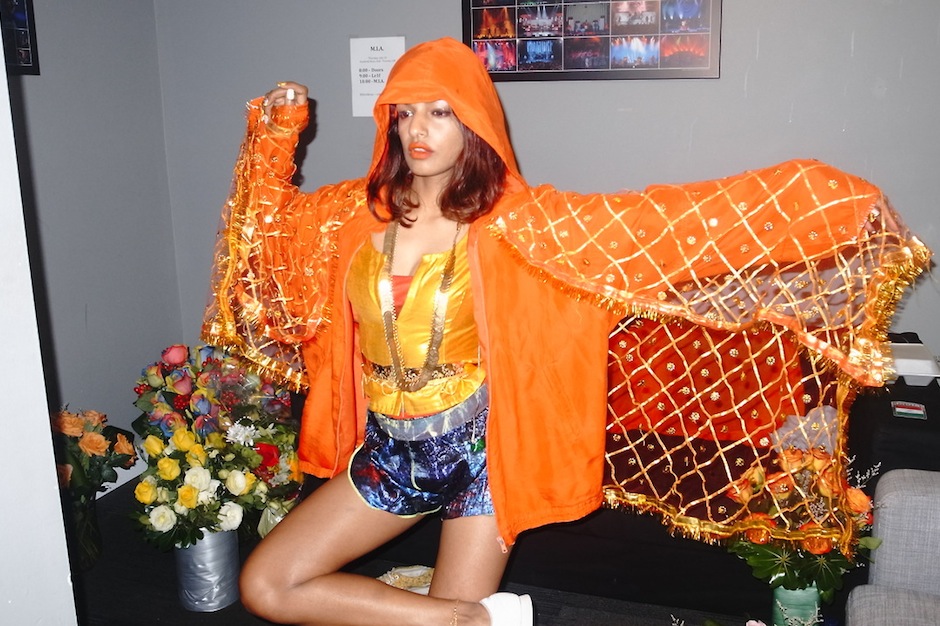 In a week of possible publicity stunts with big money on the line, M.I.A. is adding her unsilenceable voice. The MAYA rapper-singer hinted on Twitter that she might “leak” her own upcoming album, Matangi, over what she strongly implied were delays caused by her label, Interscope. And then, as Pitchfork reports, the album got a new release date: November 5.

“who would stop MATANGI from coming out?” she wrote. And then: “If interscope takes longer i can always leak this next week and make a new one by the time they are ready.”

The report of the new release date for the long-delayed album came just hours after coverage of the tweets. True, M.I.A. has been teasing the follow-up to MAYA and her 2010-ending Vicki Leekx mixtape since last April at the latest. And though her online presence continues to provoke controversy — the director of a planned M.I.A. documentary publicly quit last month — her live show and recent tracks “Bring the Noize” and “Only 1 U” are as on point as ever.

But Interscope is no mom-and-pop. It’s ultimately owned by giant French conglomerate Vivendi. And at a time of rampant skepticism about Daft Punk’s The Colbert Report non-appearance, plus major-label exiles Death Grips’ Lollapalooza non-appearance, skepticism about drama is — well, did we already say “rampant”? We’ll have to wait and see whether a big-time artist, even a revolutionary one, can really leak an album without permission these days.