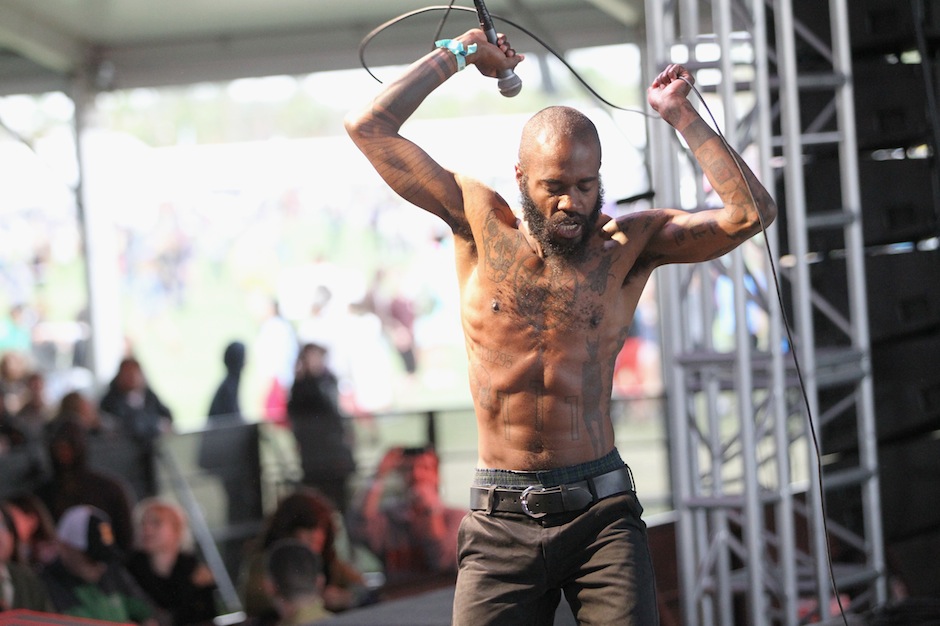 Death Grips, SPIN’s 2012 Artist of the Year, have responded to criticism of their recent no-shows at Lollapalooza and Chicago’s Bottom Lounge. What their response might be meant to say, on the other hand, is an open question.

At the last minute, Death Grips’ management revealed to Bottom Lounge employees that the band would not be showing up, venue official Erin O’Neal told Chicago’s DNA Info. Bottom Lounge staff repeatedly heard from Death Grips’ management that the band “was on their way, only to be told by the same tour manager that the stage set up and the Death Grips album being played ‘was the show,'” O’Neal said. “It appears to us that despite having a signed contract, they never intended on performing last night and instead wanted to leave a room of disappointed fans.” She added that the equipment broken by disappointed fans looked like a child’s starter drum kit.

After that remark was reported in various publications on August 6, Death Grips took to Facebook for only their second public comment (of sorts) since missing their sets in Chicago. They posted a photograph of a damaged drum. Death Grips’ only other post since the no-show cheekily reiterated that the band is scheduled to perform at FYF Fest in Los Angeles on August 24.

Another report circulating yesterday came from Boston’s Vanyaland. This one doesn’t specify its source, although the headline implies it’s promoter Bowery Boston, but the gist is that the planned show would have consisted only of the big suicide note from Death Grips’ Bottom Lounge non-set and a rep for the group hitting “play” on a recording. The members of Death Grips were not going to be present, according to this report.

The remaining scheduled dates in between Lollapalooza and FYF Fest — at Montreal’s Osheaga festival, as well as in Boston, New York, and Baltimore — have been canceled. Death Grips are also slated to play Corona Capital Fest in Mexico City on October 12. They canceled another tour last year to finish NO LOVE DEEP WEB. 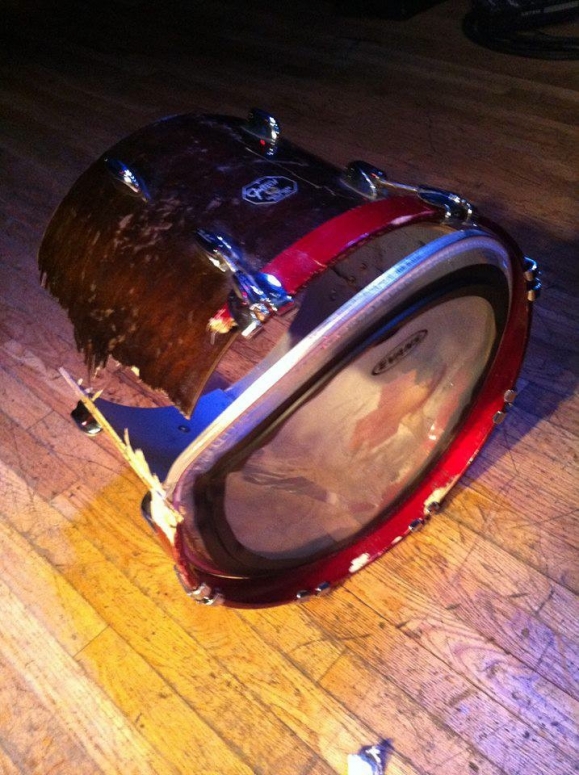