M.I.A.’s Latest Shrill Banger May Be Titled ‘Only 1 U,’ But It’s Not a Love Song 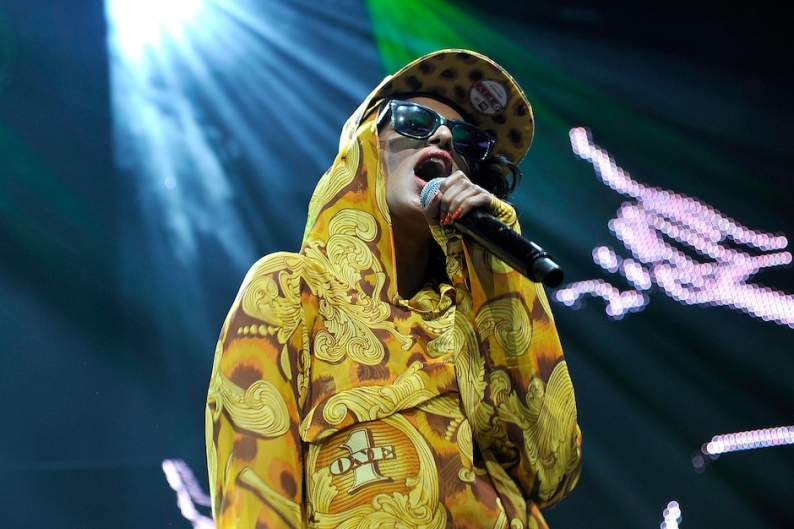 M.I.A. has always delivered zeitgeist-conscious party music with a revolutionary stance, and rightly so given her pedigree, but lately the messages have been more ear-catching than the delivery. A new track being called “Only 1 U,” which premiered on Internet radio station NTS (via Pitchfork), is a case in point. Most artists would slap a title like that on some type of love song, but Maya’s themes here are more humanist. She’s interested in the value of people versus the value of money.

M.I.A.’s previous, Public Enemy- and Janis Joplin-nodding track, “Bring the Noize,” includes its share of lyrical clunkers — “The truth is like a rotten tooth, you gotta spit it out,” for one — but what may turn out to be its most memorable moment is an attack on the financial system: “It’s not me and you / It’s the fucking banks,” she seethes. “Only 1 U” is similar. M.I.A. raps about her “afro puffs” and boasts she’s “more jiggy than Will” over abrasive, metallic clangor with Bollywood-like vocal snippets. But then she gets to what could be her point: “There’s trillions of cash / And there’s billions of us / And there’s millions of things that can happen with the stock … But there’s only one you / And Imma drink to that.” There’s also a sing-songy, easy-to-overlook bit at the end: “Making money is fine / But your life is one of a kind.”

Adding to the resonance, the NTS DJ follows M.I.A.’s track with a mega-mix comprising various versions of Barrett Strong’s 1959 rock’n’roll classic “Money.” But then again, the song before “Only 1 U” was Airhead’s “Pyramid Lake,” so the transition could easily be a coincidence. Still, the anti-commercial undercurrent would also be in keeping with M.I.A.’s all-gold “Bring the Noize” video. Anyway, the song’s underlying vocal snippet appeared on M.I.A.’s recent Matangi Mix, right before the rapper declared, “Can we go find something money can’t buy?” (“It’s the fucking banks” was on the mix, too.)

Free of charge, listen to M.I.A.’s “Only 1 U” below around the two-minute mark. Only time — and the eventual release of Maya and Vicki Leekx follow-up Matangi — will tell whether it’s good or bad that the track’s political content shares the characterestic the avant garde has often had in common with the values of the marketplace: “No one knows what it means, but it’s provocative.” Perplexing provocation sells; for now, it’s anarchy on the Internet.