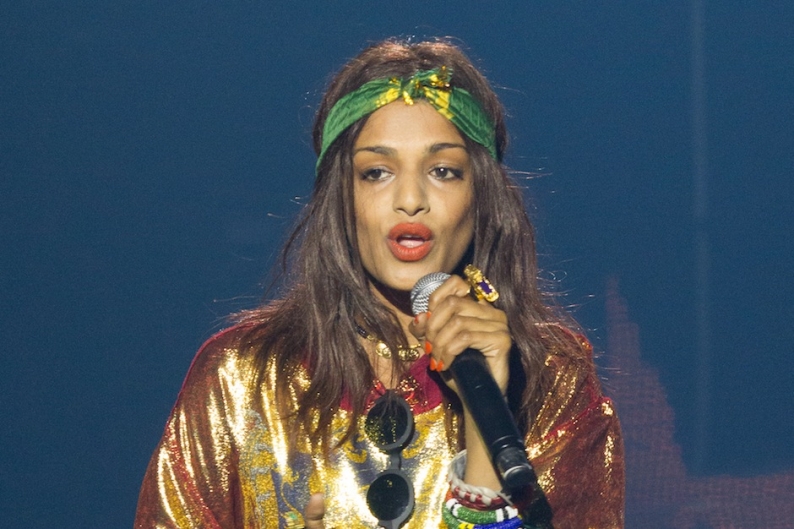 An in-the-works M.I.A. documentary has run into trouble in a very public way. On July 7, M.I.A. retweeted several links to a teaser of the documentary, which she announced last year. The director, Steve Loveridge, posted the teaser to YouTube and embedded it on his Tumblr, but the video has already been taken down due to a copyright infringement claim from global record industry group the International Federation of the Phonographic Industry. The teaser included clips of interviews with Kanye West, Switch, Spike Jonze, XL’s Richard Russell, and Interscope’s Jimmy Iovine. (You can still watch it below, for now, via DDotOmen.)

Loveridge signaled he was quitting as director of the video project. He posted what he indicated were emails between himself and a representative for Jay-Z’s Roc Nation imprint. The Roc Nation rep evidently said the documentary was still happening in time for a rollout alongside M.I.A.’s planned Matangi album. The teaser leak “screws with everything we’ve been working on setting up MATANGI,” the rep apparently said. Loveridge posts his reply as: “I really couldn’t give a flying fuck. Count me out. Would rather die than work on this… nothing personal :)”

M.I.A.’s own tweets suggest we might not have heard the last about the documentary. She wrote earlier today, “Thank you for UR support> its a fight to get to me, but like wise its a fight for me to get to u. #matangi throw ur middle finger mudra up.” Previously, she wrote, “im gonna need @kickstarter and my fans to help make this exsist , ive been black listed through normal channels !!!!!!!”

The ongoing conundrum with M.I.A. at this point is how a major-label artist who has performed at the Super Bowl can plausibly say she’s been “black listed through normal channels.” How many people would love that kind of exposure, and possibly use it to do more than “throw ur middle finger mudra up”? But her art — including latest bangers “Only 1 U” and “Bring the Noize” —  keeps providing plenty of reasons to see what she’ll do next. In the documentary teaser, text says the following: “I could be a genius. I could be a cheat. It’s a thin line and I’m fuckin’ with it.” Three years after 2010’s divisive MAYA, it’s still worth doing likewise.