Between Spears' website and 'N Sync MTV Video Music Awards chatter, it's 1999 all over again 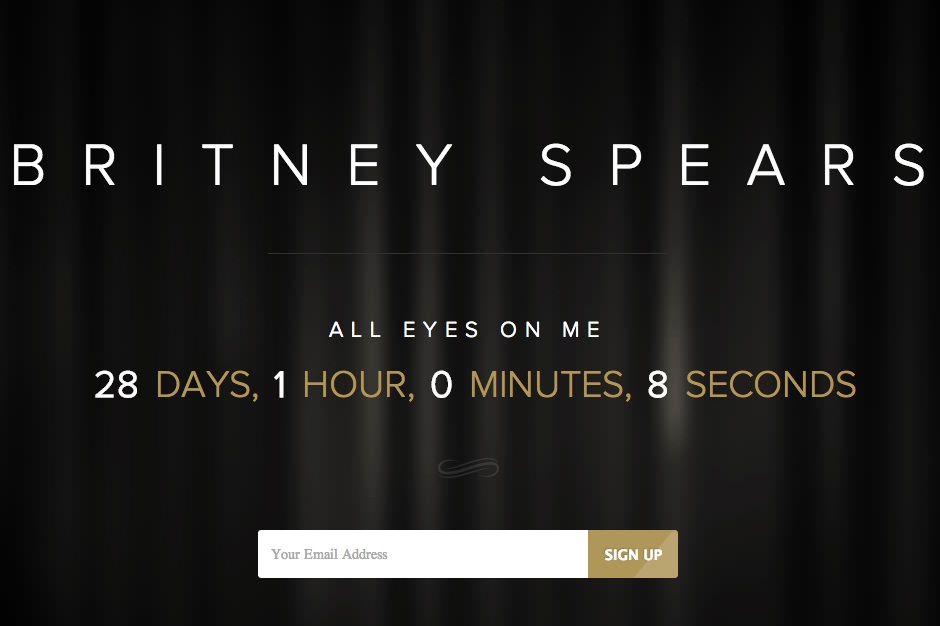 Let’s pretend for a second that music sales never dropped off, because the two biggest names in ’90s bubble-era teen pop are back in the headlines. For starters, Britney Spears’ website features a clock counting down to September 17. If a recent countdown by another big-name pop singer, Justin Timberlake, is any precedent, expect Spears to release some kind of new music on that date — presumably titled “All Eyes on Me,” to go by the text on the site.

Speaking of Timberlake, his former group ‘N Sync might be appearing at the MTV Video Music Awards. According to the New York Post, which cites an unnamed source, ‘N Sync will be reuniting for the August 25 show at Brooklyn’s Barclays Center. It’s not such a far-fetched idea: Timberlake is already confirmed as a performer at the VMAs. As Billboard notes, ‘N Sync’s  J.C. Chasez, Lance Bass, Joey Fatone, and Chris Kirkpatrick all attended The 20/20 Experience smoothie’s recent show with Jay Z in Miami. They’d join a lineup that also includes Lady Gaga, Katy Perry, Miley Cyrus, Robin Thicke, Daft Punk (or so says Stephen Colbert), and Kanye West.

As for Spears, hopes for a follow-up to 2011’s Femme Fatale intensified after her January exit from The X Factor. In a tweet last week responding to fans’ proclamation that “We Are Ready Britney,” she wrote, “Patient kiddies! It’s coming MUCH sooner than you think.” She recently released “Ooh La La,” from The Smurfs 2 soundtrack, and late last year she and Will.i.am dropped “Scream & Shout.” Not a lot is known for sure about any upcoming Spears album: In January, it sounded like Danja, Hit-Boy, and Ester Dean might be involved, but more recently Will.i.am has given comments suggesting he’s more heavily involved.

Timberlake is up for six Moonmen, plus he’s guaranteed to win the Michael Jackson Video Vanguard Award. Among that statuette’s previous winners? Britney, bitches.