Retrofitted "Get Lucky" planned "at the end of the June" 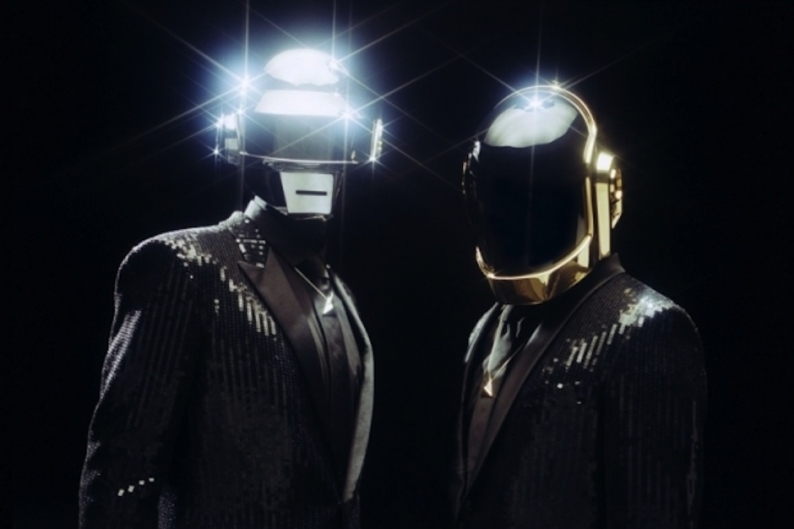 “We’re working on some mixes ourselves,” Bangalter said. “So, yes, there will probably be Daft Punk mixes of Daft Punk. Usually, we never mix ourselves, that’s something we feel we’re interested in doing this time.” In a way, for an album where the machines try to bring humanity back to music, a transformation back to electronics via remixes is a natural next step.

Daft Punk are starting with “Get Lucky” and plan to release their remix at the end of June, according to a print-only interview with MixMag. “It’s one step at a time, so we don’t have plans to do a whole remix album at the moment,” the dance-music robots are quoted as saying. “Nowadays it’s really easy for people to take loops from the album and remix it themselves and we really encourage people to do that.”

One of Daft Punk’s Random Access Memories collaborators, disco legend Nile Rodgers, also has upcoming releases in the works. He told the U.K. Official Charts he has been working with David Guetta, Avicii, and French artist Etienne Daho. Of the Guetta experience, Rodgers recalled: “It was unbelievable, we went until two in the morning, and Arthur Baker and Taylor Dayne popped by — it felt like it was if we were back in the ’80s. And we laughed and said, ‘If this was the old days, we would take this rough mix and rush down to Paradise Garage and play it, see how it worked on the crowd before we finished the record.'”

Rodgers also turned up the heat on discussion of his planned collection of unreleased demos, describing it as “the lost Chic album,” because some of his Chic bandmates played on the songs.