Green Day Will Dabble in ‘Dookie’ Again at Reading Fest 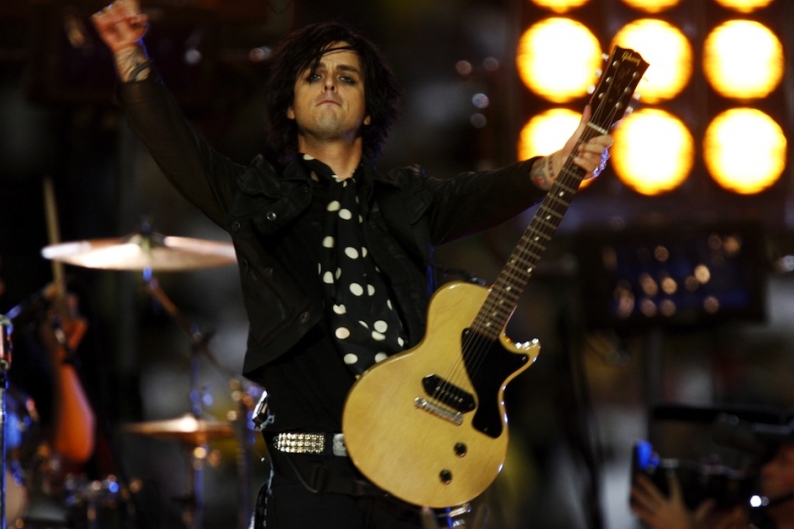 Green Day announced yesterday that they will be playing the entirety of their 39-minute pop-punk masterpiece Dookie, which catapulted them out of the Bay Area underground in 1994, at this weekend’s Reading Festival in the U.K. The band wasn’t even announced as a performer on the festival, which it headlined in 2004, though Billie Joe Armstrong had been reportedly tweeting teasers along the lines of “Hello England! What rhymes with shredding??!!” that have since been deleted, according to the NME. (He has since taken to hyping a gig in Paris.) For those who are attending Reading with hopes of hearing rarely played Dookie songs like “Having a Blast,” “Pulling Teeth,” “Sassafras Roots” and Tré Cool’s hidden track “All By Myself,” or those who are frantically booking plane tickets as they read this, Green Day will go on at noon on Saturday on the NME/Radio 1 stage.

Meanwhile, the trio is still ramping up to the September 24 release of ¡Uno!, the first of three albums with similarly exclamation pointy names, releasing videos (“Oh Love”, “Let Yourself Go”, the ¡Uno! trailer) and leaking songs (“Kill the DJ”) and playing them live. Meanwhile, the group has been working on a documentary, and Armstrong must be getting at least a little nervous about his debut as a mentor on The Voice.