Hear a "Take Me Out"-esque new track, watch footage of the band at work 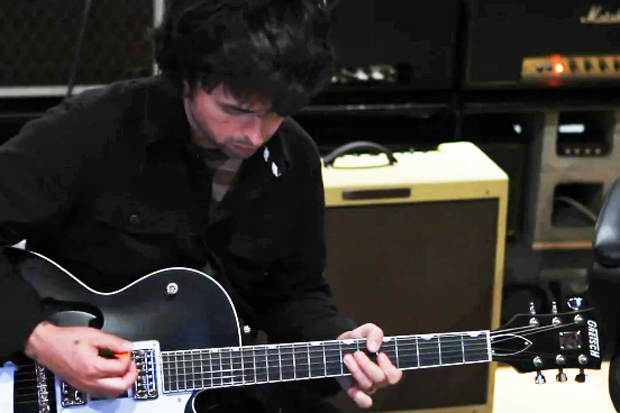 When Green Day promised fans that their new album (or now three new albums, as it turns out) would be “filthy,” who knew they were referring to how smeared with recent influences it would be? In a new trailer the band just posted on their steadily updated YouTube account, fans can hear 33 seconds of a track that sounds a lot like Franz Ferdinand’s “Take Me Out.” They’ve done well with (intentional or not) homages in the past, though — “Holiday” and Iggy Pop’s “The Passenger,” anyone? — so we’re not complaining. The clip also reveals the album’s cover art, which demonstrates they might have outgrown (finally) their black-and-red-only phase!