Check out fan footage of 'Nuclear Family,' 'Kill the DJ,' and 'Wild One' 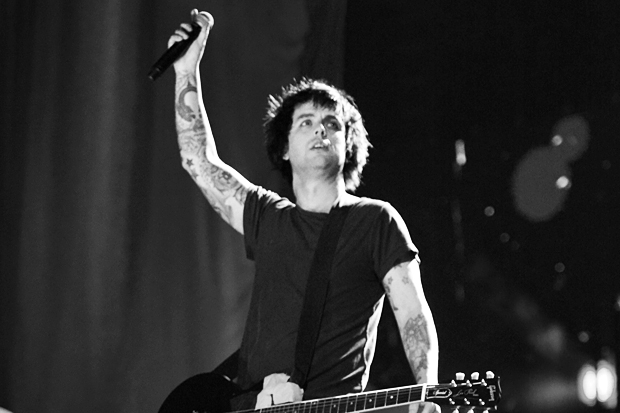 On September 25, Green Day will release ¡Uno!, the first of a scheduled three-album set between now and early next year. The Bay Area rockers have already shared one (uno) studio cut from the trilogy, the ’70s-steeped “Oh Love,” and they performed another handful of new material live last night at the Echoplex in Los Angeles. Green Day Authority points to fairly decent fan footage of buzzsaw soon-to-be shout-along “Nuclear Family” (“Can you hear the sound coming over the hill?” frontman Billie Joe Armstrong can be heard asking), blatantly Franz Ferdinand-like disco-rocker “Kill the DJ” (complete with ironic woot woots; not a Smiths cover), and a deceptively mild midtempo rocker called “Wild One” (does that droning guitar intro remind anyone else of Coldplay’s “Yellow”?). One, two, three: