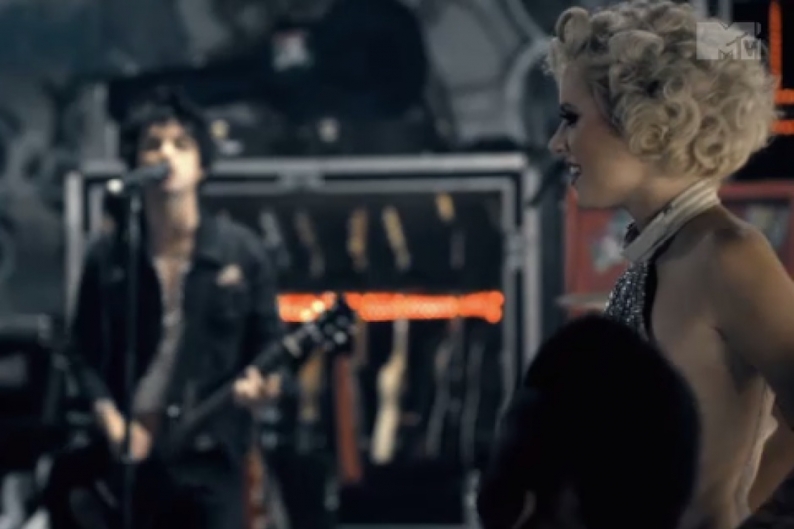 “You’re over the hill right now / And looking for love,” the Velvet Underground sing on 1970’s “New Age.” The thought is hard to shake watching Green Day, a once-bratty band not exactly known for love songs (oldies like “Redundant” and “Scattered” notwithstanding) in their new video for ¡Uno! advance track “Oh Love.” Here the one-time East Bay punk upstarts are, playing in a quasi-power-pop style that predates even their original late-’70s influences, surrounded by blank-eyed models in a Samuel Bayer-directed clip that would’ve been sexy on VH1 alongside Bryan Adams’ once-inescapable 1995 “Have You Ever Really Loved A Woman?” In 2012, a year when 2 Chainz and Nicki Minaj’s “I Luv Dem Strippers” video exists, “Oh Love” is a bit lacking in titillating skin.

But Billie Joe Armstrong and Co. insist the goal was sexiness. “It’s very lustful, which is kind of a subject we haven’t gotten into in a long time,” the frontman told MTV News. Bassist Mike Dirnt said the trio have traded in the political heavy-lifting of their recent albums in favor of a party vibe on the trilogy: “It’s kind of like getting ready and charging to the party on the first record, and then getting to the party on the second record and having an absolute great time and overstaying your welcome and doing a lot of damage, and then kind of looking for your car keys and doing some self-reflecting on the third record.”