Billie Joe Armstrong Will Guide Aguilera’s Singers on ‘The Voice’ 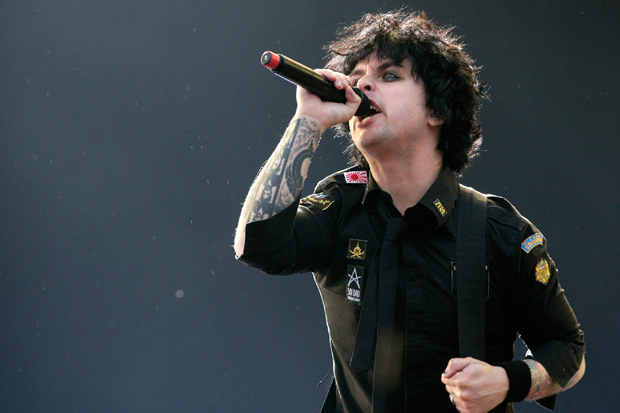 Aspiring singers competing on the upcoming season of The Voice are going to have a chance to be advised by one of rock’s great frontmen. Green Day’s Billie Joe Armstrong has signed up to be a mentor on the show, making him the third rock singer (if you count Maroon 5’s Levine and Matchbox Twenty’s Rob Thomas) to partake in coaching on the NBC hit, according to the Hollywood Reporter.

“[The Voice] is not molding artists, it’s just giving them a little bit of guidance and direction without giving them a complete makeover,” Armstrong said about his decision to promote Green Day’s forthcoming album trilogy join the show, which already consists of team leaders Levine, Christina Aguilera, Cee Lo Green and Blake Shelton, with Thomas, Mary J. Blige, and Michael Bublé aboard as mentors. The AP reports that he started filming with the show earlier this week and already thinks Aguilera, whose team he’ll be mentoring specifically, is “a lot of fun.”

This won’t be Armstrong’s first TV appearance. He made a vocal cameo back in 1997 on King of the Hill and had a live-action role on the ill-fated 2002 series Haunted. He also did time on Broadway in the Green Day musical American Idiot, so he knows a thing or two about theatricality and make-up (two of Aguilera’s passions). The first episode of the third season of The Voice airs on NBC September 10, two weeks before Green Day’s ¡Uno! arrives.

Armstrong’s salary has yet to be reported, but two good guesses would be “less than Mariah Carey’s Idol haul” and “enough to prove yet further that Green Day are still not the 99 percent.“

Might as well give “Oh Love,” the first single from ¡Uno!, another listen so you’ll be familiar when it invariably gets played on prime-time TV: