Vote-encouraging telecast will air on Oct. 17 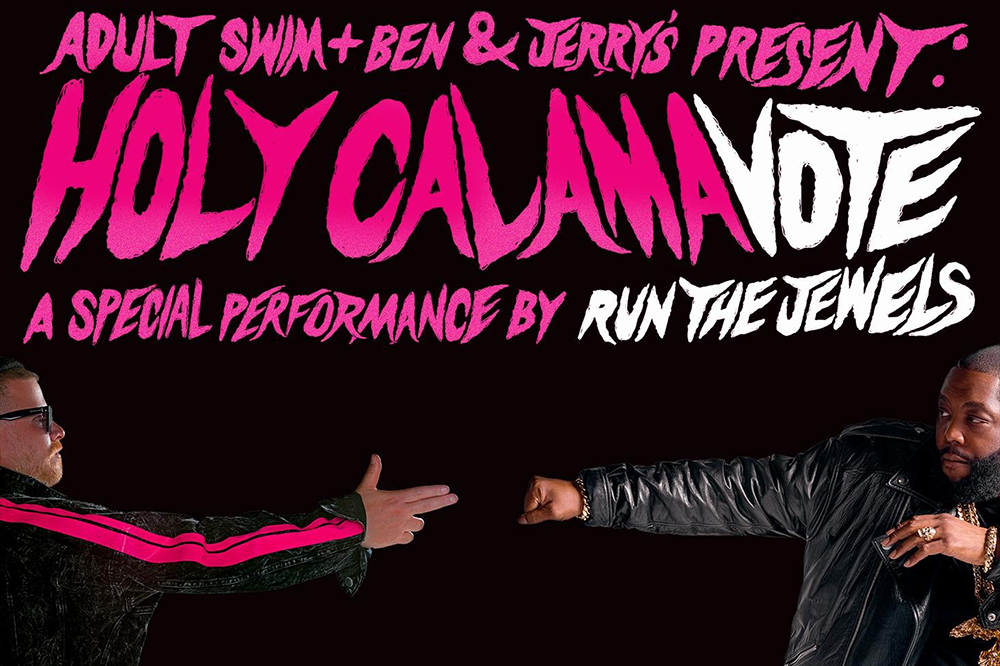 Run the Jewels’ Holy Calamavote is less than two weeks away.

It will also be the premiere performance of Run the Jewels’ RTJ4.

Despite a rescheduled date due to a health scare, the event will air on Oct. 17 at 12:01am ET/9:01pm PT on Adult Swim’s website and HBO Max. Following the live broadcast, the show will also be available on Adult Swim’s YouTube channel, where fans can also donate to the ACLU.

Watch the trailer for the show below.

You can find out more about the show and pledge to vote here.