Vote-encouraging event will be broadcast on Adult Swim 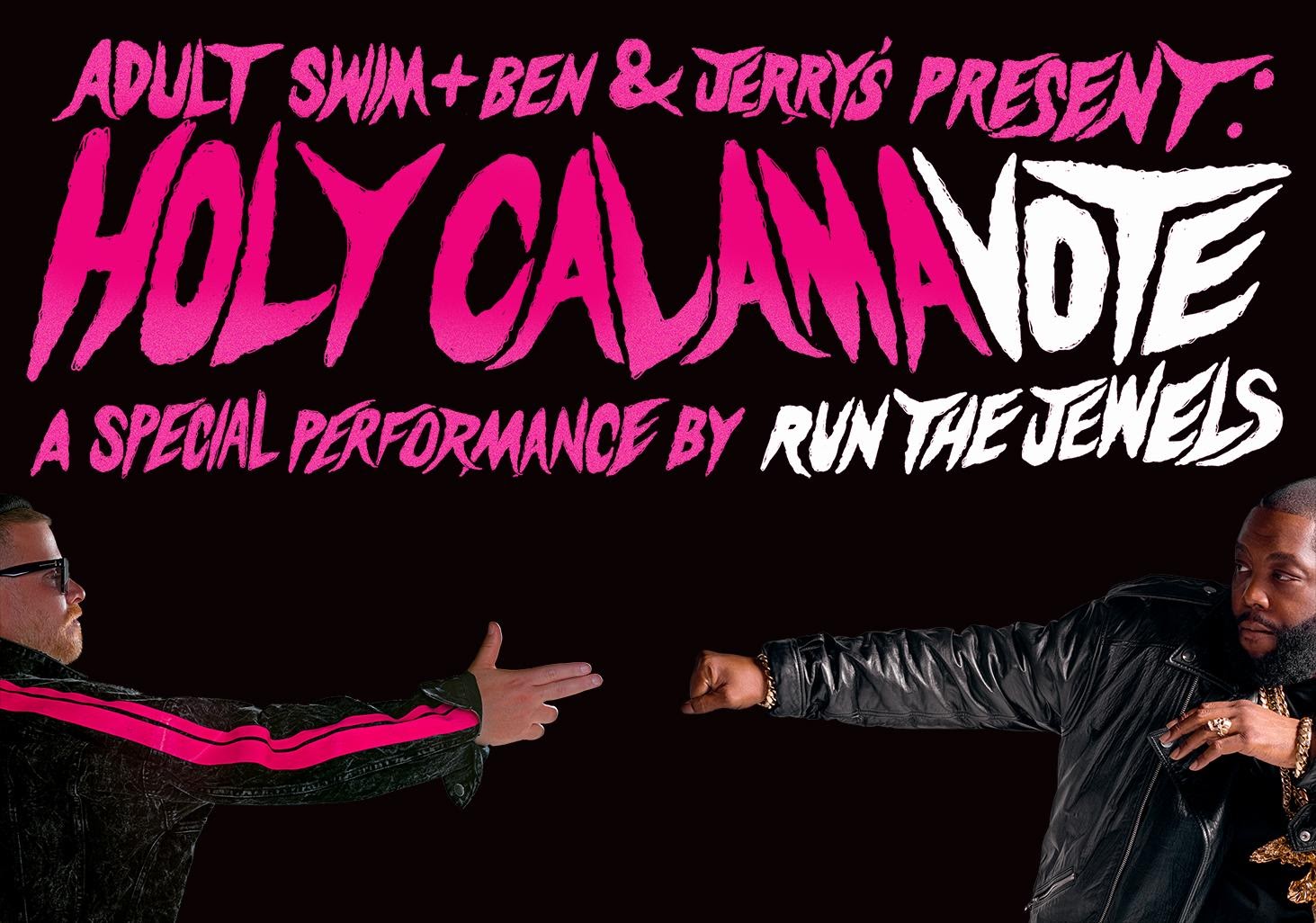 Due to a health scare in their crew that temporarily halted production, the broadcast was bumped from its original date of Oct. 10 to Oct. 17 at midnight.

The show is presented by Ben & Jerry’s and Adult Swim; Eric Andre will be the Master of Ceremonies

The telecast gives them the opportunity to present, commercial-free, the very first performance of their hit album RTJ4 to the airwaves in the wake of the album’s critical acclaim. The performance will be simul-streamed on Adult Swim’s website and made available on the network’s YouTube channel immediately afterward, where fans will have the opportunity to donate to the ACLU.

If you can’t check it out live, have no fear. The show will be posted on YouTube immediately after.

Fans are encouraged to pledge to vote here.